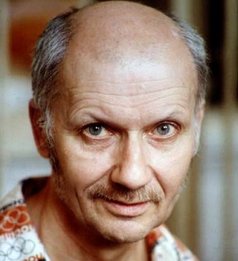 Among the brutal serial killers operating in Russia was Andrei Chikatilo, who gained a title of the Butcher of Rostov during a murder spree that lasted at least 12 years. Authorities said Chikatilo sexually assaulted, mutilated and murdered at least 52 women and children before he was captured in 1990.

A government appointed psychiatrist in the case suggested that the extreme conditions endured during his childhood may have made Chikatilo the perverted killer that he became.

Chikatilo was born to collective farm laborers in the Ukraine in 1936. He endured hunger, extreme poverty and the war with Germany while growing up. During the war Chikatilo’s father was wounded in combat and the family forced to suffer the Nazi occupation of the Ukraine. He and his mother had to hide while soldiers burned their home. Soldiers also may have raped Chikatilo’s mother while the boy watched.

In spite of the hardships Chikatilo proved to be a good student. When 14 he was appointed editor of his school newspaper and when 16 served as chairman of the pupils’ Community Committee. After graduation from high school in 1954, because of extreme competition, Chikatilo failed to gain a scholarship at Moscow State University. The following year he enrolled in a vocational school in Kursk where he studied to be a communications technician. He also completed courses in engineering and Russian literature and eventually became a teacher.

Throughout his young adult life Chikatilo suffered from chronic impotence. Attempts to be intimate with girls always ended in failure. He apparently discovered that he could gain sexual release when committing violent acts with women. He sexually assaulted two teenage girls in the school where he was teaching. When the school received complaints Chikatilo was forced to resign. His career as a teacher ended after he molested children in yet a second school.

He committed his first documented murder in December, 1978. Authorities said he lured a nine-year-old girl into an old house and attempted to rape her. She struggled and he choked and stabbed her to death. Her body was recovered two days later in a nearby river.

Chikatilo continued killing young girls, occasional boys and women. He was arrested in 1984 on suspicion of murder but police did not have enough evidence to convict him. They could only charge him with theft of property. He served three months in prison and then was released.

After getting out of jail Chikatilo went to work at a locomotive factory in Novocherkassk. He apparently kept a low profile for a few months, not killing again until the following year when he lured an 18-year-girl into a woods near a railway station. Her body was found stabbed 38 times and strangled. He killed another girl just weeks later in Shakhty.

The final killings sparked a major police manhunt for a serial killer. A total of 15 procurators and 29 detectives were assigned to work exclusively on the case. Several female officers were assigned to loiter around bus and train stations in an attempt to lure the killer into a police net. Because of the violent way he killed, Chikatilo gained a public nickname of “Butcher of Rostov.” He also was called the “Red Ripper” and the “Kostov Ripper.”

The case was so spectacular that police consulted psychiatrist Alexandr Bukhanovsky to profile the killer. It was the first time a psychiatrist was called into a serial killer investigation in the Soviet Union.

Chikatilo watched the progress of the police investigation carefully in the media, and managed to remain one step ahead of investigators until 1990. That fall, after noting that several victims had been found at railway stations along a route through Rostov Oblast, police saturated all of the stations along that route with uniformed police, then placed undercover agents at smaller and less busy stations. Police had 360 different officers involved in the plot.

The plan worked. That November an officer noticed Chikatilo coming out of a woods near Donleskhov station. His clothes were soiled and the watching officer saw him go to a well to wash his hands and face. He came under immediate suspicion as the “person of interest” after the body of a 22-year-old woman was found in the woods. This led to his arrest a few days later.

At first Chikatilo was arrested only on circumstantial evidence and he refused to admit involvement in the killings. Finally during lengthy interrogation, he broke down and confessed is crimes to Dr. Bukhanovsky. In the end he confessed to 34 murders. He later confessed to another 22 killings. Sadly, in one of those cases, an innocent person had been convicted and put to death.
​
Chikatilo was executed in February 1994.