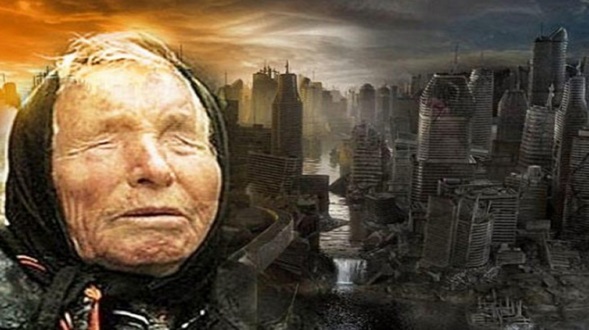 A blind woman that lived in a mountain community of Bulgaria who was known for her accurate prophetic messages once predicted that America’s forty-fourth president would be a black man and that he would be “the last one.”

It was said that Baba Vanga, who lived from 1911 to 1996, was about 80 percent accurate with her many visions of the future. Among her visions was the 9-11 attack on the United States and the sinking of the Russian submarine Kursk.

It was in 1989 that Vanga’s message was: “Horror, horror! The American brethren will fall after being attacked by the steel birds. The wolves will be howling in a bush and innocent blood will be gushing.”

The vision has been interpreted as a description of the aircraft striking the World Trade Center towers and people literally falling from the towers and on the battlefield because the buildings burned. The phrase “wolves will be howling in a bush and innocent blood will be gushing” is a view of the unnecessary wars launched by President Bush following the attack. Hundreds of thousands of innocent people in both countries are still dying not only from the attacks but from the wars that continue to this day.

The Vanga prediction that a black president would be the nation’s “last one” brings a chilling possibility to the table in light of the strange presidential campaign that has been dividing the country.

In that particular message Vanga warned that at the time of this black president coming to power the country would be struck by a terrible economic crisis. This, she said, would be followed by conflicts between the north and the south that would escalate and eventually bring the country down. These things came to pass. The crude campaign conducted by Republican candidate Donald Trump has clearly succeeded in splitting the nation on political, sexual and racial levels.

Whatever is going to happen to the United States, it may not be all bad, if the Vanga predictions are going to come true. In her visions, as they were recorded, she appeared to see current events as a stepping stone to lead in one of two directions. One is nuclear war and world destruction. The other, she said, is “a miracle and the whole world would win.”

If we can avoid a third world war, Vanga saw the appearance of a new world leader that will be known as the “peacemaker” who takes the world by storm. If this happens she said: “Expect changes for the better, religions will unite, peace will be established on earth.”

She said the latter event will lead people to “understand the existence of a spiritual world.”

In the negative future, Venga perceived a nuclear disaster causing death and destruction of most life in the Northern Hemisphere. She said Europe will become isolated and people all over the world will suffer from some kind of skin disease. Note that the Fukishima disaster in 2011 has launched a world-wide radiation poisoning that is slowly attacking all living things from the air, the sea and the land, mostly in the Northern Hemisphere of the world. To this date, radiation experts in Japan have been unable to stop the spill after three electric generating plants went into meltdown from an earthquake and tsunami that destroyed the generating complex.

Vanga also saw the global ice caps melting and the sea levels rising. But she said she also envisioned a new energy source developed “out of nothing” and amazing achievements in the field of medicine. She said a time will come when new bodies will replace the worn out ones. Eventually humans will turn themselves into living robots.

Among her other future predictions: China will become a predominant world power, humans will begin an exploration and settlement on the planets and moons in our solar system, and there will be an actual human settlement established on Mars.

She said an artificial sun also will be created which will light up the dark side of the Earth.

All of these things are being considered or developed by contemporary researchers.

Vanga also said humanity will establish a colony under the sea where there can be an abundance of food. She also perceives an eventual mixing of the races until one mixed race of man will predominate the world.

In our quest to find extraterrestrial life “humanity comes into contact with what is something terrible. Spacecraft forgotten to Earth terrible new disease,” she warned.