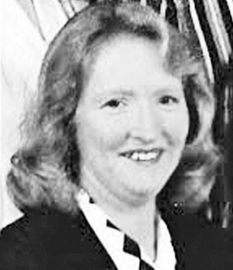 The insanity of Katherine Mary Knight should have been detected when she was still attending the public school in Aberdeen, New South Wales, Australia. A twin born out of wedlock, Katherine was a relatively good student but she displayed a fierce temper that threw her into murderous rages. She assaulted at least one boy and a teacher before dropping out of school at the age of 15.

Research into Knight’s life revealed that she and her mother had both been sexually abused regularly by family members during the years she was growing up. Knight’s mother’s open affairs with co-workers Jack Roughan and Ken Knight was a scandal in the town of Moree, where they lived.

Knight’s first job was cutting up offal at a slaughterhouse. She was eventually promoted to boning and given her own set of butcher knives. She hung the knives over her bed because she said she wanted them handy if she ever needed them.

She began the first of a series of violent affairs with men when she married co-worker David Kellett in 1974. The story is told that Knight’s mother, Barbara, warned Kellett that Knight had "a screw loose somewhere" and that if he wasn’t careful "she’ll fucking kill you."

Sure enough, on their wedding night, Knight tried to strangle Kellett. She told authorities it was because he fell asleep after having intercourse with her only three times. On another occasion Knight burned all of Kellett’s clothes and then struck him in the head with a frying pan. He was treated at the local hospital for a skull fracture. Kellett refused to press charges.

The couple had a baby, Melissa Ann, who was born in May, 1976. Just after this Kellett left Knight for another woman and moved to Queensland. Knight went berserk and was spotted violently slamming the baby around in a pram down the main street. She was admitted to a hospital and diagnosed with postnatal depression. After she was released, Knight tried once again to kill her baby. She placed it on a railroad track, then took an ax and went into town where she threatened to kill several people. Someone saw the baby and rescued it from the track before a train passed. Knight was again arrested and hospitalized.

After getting out of the hospital, Knight used a knife and forced a woman to drive her to Queensland to search for Kellett. Before arriving the woman escaped when they stopped at a service station. During the encounter, Knight slashed the woman several times in the face. When police arrived Knight was holding a little boy hostage with her knife. Police used brooms to disarm Knight and she was then admitted to a psychiatric hospital, where she was held for several weeks.

When she was released, Knight again moved in with Kellett and got a job at a local butcher shop. In 1980 she and Kellett had another daughter, Natasha Maree. In 1984 Knight left Kellett and moved to Aberdeen.

Knight met David Saunders in 1986 and had a third daughter, Sarah, by him two years later. Saunders bought a house which Knight decorated with animal skins, skulls, horns, animal traps, leather jackets, old boots, rakes and pitchforks. Every wall was covered. When engaged in one of her violent arguments, Knight slammed Saunders in the face with an iron then stabbed him in the stomach with a pair of scissors. Saunders fled and went into hiding.

In 1990 Knight took up with John Chillingworth, another co-worker at the slaughterhouse. They remained together for three years and had a son, Eric. Then Knight ran off with John Price.

The relationship with Price was excessively violent. In 2000 she stabbed Price in the chest. He kicked her out of the house and got a restraining order at the magistrate’s court to keep her away from him and his family.

That night Knight was waiting for Price when he arrived home. The description of the scene at the home the next day was gruesome. Apparently she had sex with Price that night, then stabbed him to death with a butcher knife in his bed while he was sleeping. But the assault did not end there.

Police said an autopsy revealed that Price had been stabbed at least 37 times. After this, Knight skinned him and hung the skin from a meat hook on the architrave. Next she decapitated him, and cooked parts of his body, serving up the meat with baked potato, pumpkin, Zucchini, cabbage, yellow squash and gravy on the dinner table.

Price’s head was found in a pot where it had been boiled with some vegetables.
​
She pleaded guilty to murder and became the first woman in the history of Australia to be sentenced to life in prison without parole. The judge in the case specifically ordered that Knight was never to be released.