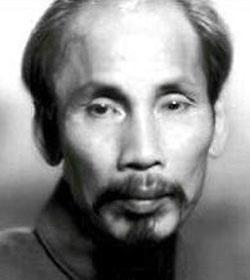 Ho Chi Minh
The Jesuits, Opium And The Vietnam War

The Vietnam War has remained among the most unexplained and misunderstood military conflicts of the Twentieth Century. The United States lost over 58,000 troops and left another 1,724 “missing in action.” Another 303,600 were left wounded in battle. It was an extremely unpopular war at home so when American forces withdrew, coming home in apparent defeat, there was a silent sense of shame. The Union had never lost a war before Vietnam.

Since the Communist Viet Cong ended up in control of the entire country, it appears that the North Vietnamese emerged victorious. Actually, there were no real victors in that bloodbath. All of the players were pawns in a political game involving the Jesuits, the Russian and Chinese Communists, the U.S. Industrial Military Complex, the world heroin markets, the Roman Catholic Church and the Buddhists who once were the major religious force in Vietnam.

The horrors went beyond the list of U.S. casualties. The South Vietnam army and its allies lost over 300,000 troops, over a million were presumed wounded. The North Vietnam fighters lost over a million. And this is not counting the civilians caught in the crossfire.
We entered an ongoing war to assist the French against an alleged Communist aggression in about 1955, and withdrew when Saigon fell in 1975. In effect, the Viet Cong, the Communist military, claimed victory, Saigon was renamed Ho Chi Mein City, and Vietnam has enjoyed peace ever since.

So what was that war all about? Why did so many perish in a war that appeared to have no purpose?

The answer lies in the fact that Vietnam was and remains today a major producer of opium. The war also involved strange internal conflicts between Catholicism and Buddhism, and a political battle by the United States and its allies to stop the spread of Communism.

And unbeknownst to all of us, there was some secret skulduggery involving the Jesuits, the CIA and South Vietnam President Ngo Dinh Diem that stirred the entire affair from pure jungle soup.

It is a complicated story but we will attempt to explain it in simplistic terms so you easily understand all of the players and hopefully identify the good guys from the bad.

A key player in the conflict was Ho Chi Minh, the president of the Democratic State of Vietnam, or known to us as North Vietnam. Ho was living in France during World War I, was inspired by the Bolshevik Revolution and he joined the Communist Party.

Vietnam was under control of the Japanese during World War II. The Japanese withdrawal at the end of the war left Emperor Bao Dai in control of Vietnam, which was then in a brief state of independence. But Ho had plans for the nation. He organized the Viet Minh, or League for the Independence of Vietnam. Viet Minh forces, led by Vo Nguyan Giap, seized the northern city of Hanoi where they declared a Democratic State of Vietnam. Ho was established as the nation's president after Dai abdicated rather than see the nation torn by war.

But warfare seemed in the cards anyway after French military troops gained control of southern Vietnam, including Saigon. Also Chinese forces, under Chiang Kai-Shek, moved into the north, thus creating the foundation for the long struggle that was to come.

During the years the U.S. was involved in that war the media painted Ho as an evil Communist leader. In reality, his goal was for a peaceful unification of Vietnam. He opened negotiations with the French in an attempt to achieve a Chinese withdrawal and a French recognition of an independent Vietnam. He hoped for a reunification of North and South Vietnam.

All hopes for peace were dashed after French and Vietnamese troops clashed at Haiphong and a French cruiser opened fire on the city. The war Ho did not want broke out in December, 1946.

During the first war the French brought Bao Dai back to power and established the state of South Vietnam in July, 1949. Saigon was then the capital of South Vietnam. Armed conflict ended after Viet Minh forces defeated the French army in a decisive battle at Dien Bien Phu. A treaty was signed at Geneva, Vietnam was partitioned into North and South, but at Ho's insistence, an election for reunification was called in 1956. Ho hoped to be elected president of the nation in that election. But it was never held.
​
The United States during that period was busy attempting to stem the spread of Communism that was occurring from Russia south into China and throughout Europe, Asia and the Far East. Thus U.S. forces were engaged in fighting the Korean War and military leaders were quick to assist the new anti-Communist South Vietnamese government of Ngo Dinh Diem. The tensions in Vietnam did not ease when Diem refused to support the Geneva accords and called for an indefinite hold on the promised elections. Consequently a Communist guerrilla force known as the Viet Cong began attacking U.S. military installations in South Vietnam.

As things slowly heated up, the U.S. continued to send economic aid and military advisers to South Vietnam. American air strikes against North Vietnam began in 1965. Ho called for a liberation of Vietnam which became a motto of the North Vietnamese cause.

These were the visual parts of the Vietnam War story. But there also was a secret religious conflict occurring, stirred by the Jesuit Catholics and the Central Intelligence Agency (CIA). This involved a driving out of the Buddhists from Vietnam and a world trafficking of heroin, which was heavily produced from poppy plants grown in Vietnam. And there lies the root of the horror that brought about some 20 years of pain, misery and bloodshed in that part of the world.

Researcher Frank O'Collins discloses on his website One-Evil that in 1955, Pope Pius XII and Jesuit Superior General Jean-Baptiste Janssens promoted and financed the election of Ngo Dinh Diem for the presidency of South Vietnam. Diem was a staunch Catholic while Vietnam was nearly 90 percent Buddhist.

Through propaganda, financial bribery, heavy political taxation and other trickery the Diem regime, with the help of the CIA, forced many Buddhists to turn from their faith and declare themselves Catholic. Officers in the Army of the Republic of Vietnam converted to Catholicism to improve their prospects for promotion. A campaign was conducted throughout North Vietnam to persuade people to move south and become Catholics for protection. The propaganda included threats of military and even nuclear attacks planned against the north. By 1959 Diem declared South Vietnam a Catholic nation and dedicated it to the Virgin Mary.

The O'Collins site reports that the Vatican then promised Ho Chi Minh that the church would not oppose him if he invaded the south and that all of the money earned from the opium farms of the Jesuits would be divided more equitably if the Viet Cong would protect the farms.

The Catholic Church through the CIA supported John F. Kennedy's bid for the U.S. Presidency and in exchange, expected the U. S. to escalate its military support of the south.

But Kennedy told his Joint Chiefs of Staff on October 2, 1963, that he planned a phased withdrawal of American forces in Vietnam, to be completed by the end of 1965. He was ready to announce the first 1,000 troops to be brought home by the end of 1963. The decision was announced by U.S. Press Secretary Pierre Salinger that same day.

Kennedy was assassinated on November 22, 1963 and his directive in Vietnam was never carried out. Instead, Vice-President Lyndon Johnson, who immediately succeeded Kennedy, quickly escalated the Vietnam War.

The war was not brought to an end until after the Tet Offensive in 1968.  After that President Richard Nixon stopped the aerial bombing campaign against North Vietnam and peace talks began in Paris. The Paris Peace Accords were signed in January, 1973, and for us the war in that jungle stronghold was finally over.

Nixon became involved in the Watergate scandal that escalated to a threat of impeachment. He resigned from office in 1974. Was his decision to shut down U.S. involvement in Vietnam the real reason for the forced resignation?

It was not the end of the war for the Vietnamese. After a brief time the North Vietnamese rebuilt its army and then invaded the south. The Ho Chi Minh Offensive was conducted in April, 1975. When North Vietnamese forces took Saigon the war was finally over. At last Ho Chi Minh's dream of a united North and South Vietnam was realized. The nation became the Socialist Republic of Vietnam the following year. Saigon is now known as Ho Chi Minh City.
​
Unfortunately, Ho Chi Minh was not around to see his victory. He died in 1969 at the age of 79.