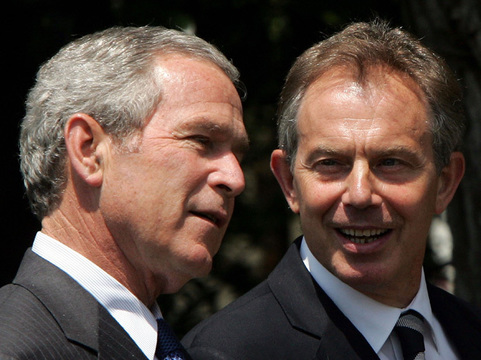 War Crimes Allowed For The Victors

Ever since the infamous Nuremburg Trials against Nazi leadership following World War II, the world has established a strange lop-sided concept of “war crimes.” They appear to only be committed by the losing combatants.

An international court at The Hague spend years trying Slobodan Milosevic, former Serbian leader, and some of the other top leaders, for so-called atrocities committed against Kosovo Albanian civilians during the Balkan civil wars in the 1990s. The trials began in 2002 and dragged on until Milosevic died of an alleged heart attack in his prison cell in 2006.

In the midst of the Iraq conflict, a special court was established by the American puppet government to try and eventually execute former Iraq dictator Saddam Hussein for crimes he allegedly committed against the people during his dictatorial reign.

Because of either a failure on the part of the media to properly assess the extent of events going on during times of warfare, or perhaps it is the result of extensive and highly successful propaganda on the part of both the media and the leadership, the general public, at least in the United States, considers such trials as fair and balanced.

The worst war criminals in modern history have existed in the seats of power in the United States and England. Our cry for Manifest Destiny, leading our military forces on a crusade that left hundreds of thousands of Native Americans dead and the rest herded on death marches into concentration camps we called reservations remains among the worst of our early crimes.

The wicked crimes committed by American and British forces in Europe during World War II are almost too numerous to list. The fire-bombing of the German city of Dresden, a place that had no military significance; and the carpet bombing of large residential areas and deaths of tens of thousands of civilians in Cologne and Hamburg were overlooked at Nuremburg. Historians are only now beginning to take a cautious look at what really happened there.

And authors Robert Junck and Martin J. Sherwin charged that President Harry S. Truman ordered the atomic bombing of the Japanese cities of Hiroshima and Nagasaki AFTER the Japanese leadership signaled a willingness to capitulate for surrender.

The media coverage of the Milosevic trial, as with the Balkan conflict, failed to give us the complete story. What went on there was a civil war among religious factions that almost expanded into much more. It evolved around an age-old hatred between Christians and Moslems, the Croatians and Serbs. The Serbs were accused of the mass slaughter of thousands of civilians in what was described as “ethnic cleansing.”

Did it really happen? I knew a Serbian gentleman, an old Yugoslavia guerrilla fighter against the Nazis in World War II and later against Stalin’s Communist forces. He fled to the United States after Marshall Tito, a Communist dictator, came to power. This man was so concerned about the stories he made a trip to Sarajevo in the midst of the conflict, just to learn the truth. In an exclusive interview with me following his return, he said he found that the stories were all manufactured propaganda.

Now the U.S. and England have been engaged in yet additional wars in the Middle East. We first invaded Afghanistan and later Iraq following the terrorist attacks on the World Trade Center and Pentagon on 9-11. Neither assault was justified.

The atrocities committed by our troops in Iraq are beginning to leak out. The stories of prisoner abuse at Abu Ghraib Prison are probably just the tip of the iceberg.

That we attacked on a false premise that Hussein harbored secret “weapons of mass destruction” was a war crime. It meant that we invaded a country without provocation.

Our attack on Afghanistan was equally as wrong. We apparently were attacked by a militant Islamic group that had no political affiliation to Afghanistan. In fact after we attacked the entire country, the alleged masterminds of the assault on the United States, Osama bin Laden and his Al-Qaeda band, fled to the mountains of nearby Pakistan. Bin Laden was captured and killed by US Military forces in a secret raid in 2011, a decade later. The fighting still goes on in Afghanistan.

If world justice were truly in balance, former President George W. Bush and former Prime Minister Tony Blair would be the ones going on trial for war crimes. But we all know it is not going to happen that way.