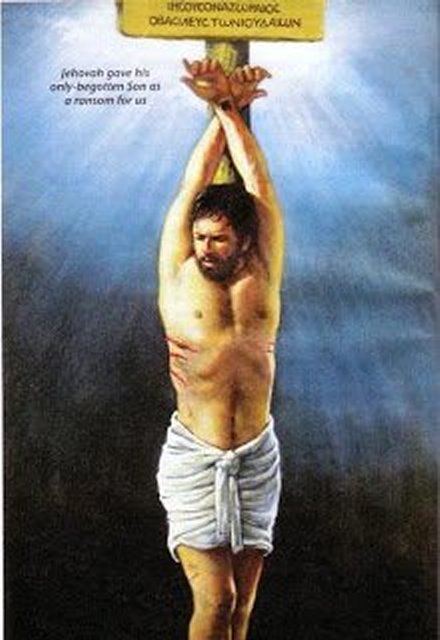 The Origin Of The Cross

The cross, consisting of two lines crossing at a 90-degree right angle, has been well known throughout the Christian world as a symbol of the death and resurrection of Jesus Christ, who allegedly died while being physically nailed to wooden posts that resembled the cross.

The image, complete with the drawings of the dead Jesus still hanging from it, has been proclaimed by Christianity ever since the cult was founded by Constantine in about the year 400 AD.

What is not known is that this simple image was stolen by the Christian church from the pagans, who perceived the two straight crossing lines in a much different way. Always actively worshiping the Sun and the constellations, early cultures marked the “crossing” and resurrection of the Sun at the Vernal Equinox; the point where the Earth is tilted halfway between winter and summer.

The very use of the cross as a symbol of the death of Jesus is historically incorrect. This is because the Romans did not use this device to punish and execute criminals. There was a lack of the right trees, and consequently enough lumber in Palestine to waste in making crosses. Historians note that a simple stake was often used. This amounted to a simple beam that was sunk into the ground. The accused outlaw was then attached with his hands raised upward and feet  bound and nailed below. The death stake may have been used over and over each time a criminal was hung.

Bible historians state in their writings that they find no evidence that Christians used the cross as a symbol of their faith for at least 300 years until Emperor Constantine became a convert and introduced it. The original symbol was the sign of a fish.

Constantine, who was been a pagan prior to his conversion, understood the symbol of the cross as an important image among people of pagan faiths. It might be suggested that he believed the use of the cross would help persuade pagans to accept Christianity.
​
Even then, it wasn't until the late Fifth Century that genuine images of Jesus on a crucifix are found. Before that the ancient artifacts clearly depict Jesus as the fish or shepherd. He is never seen on a cross.