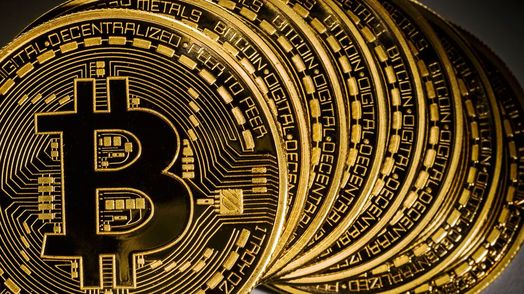 Back in 2009 when the nation was still reeling under the latest economic collapse of the banking system and the burst housing “bubble;” when people were losing their homes and their jobs, a couple of computer nerds were busy inventing a new system of paying for things without using banks or dollars. Thus emerged the strange new name: bitcoin.

It was hard for most folks to take the idea of buying things with bitcoins very seriously at first because the concept involved buying invisible money on the Internet and using it to purchase things from merchants agreeing to recognize it as money. To make it work both buyers and sellers used this strange new system by punching in the numbers and entering them on line. Users all had their own secret entry key to access personal bitcoin accounts. As it grew in popularity this new system gained the name “cryptocurrency.”

The concept was invented by either a single programmer or a group of programmers who worked under the pseudonym "Satoshi Nakamoto." Once they had all of the bugs worked out, the inventors released the concept of bitcoin on the market as open-source software in 2009.

There is good reason why the inventors worked in stark secrecy and then disappeared the moment the system was made public.

It is turning out to be a classic “fuck you” to the strangling banking system controlled by the Rothschild banking syndicate, the Federal Reserve, the Bank of England and the Vatican that has kept mankind in slavery for centuries. Before this, anyone who dared to challenge the Rothschilds way of doing business ended up dead. In the US the names Lincoln and Kennedy come quickly to mind.

The interesting thing about using cryptocurrency to buy and sell things is that all business is done secretly. Thus it can be used to not only buy and sell legal marketable products and services, but it also can be used on the black market as well as operations in the drug trade. Thus the Federal Bureau of Investigation and other police enforcement agencies are examining the bitcoin phenomenon with great interest. Government agencies and the banking industry is anxious to find a way of seizing control of cryptocurrency or possibly shutting down the Internet altogether.

It appears too late to stop either one of them, however.

The Internet has gone international, with users all over the world. While some governments have been successful at closing down certain websites and achieving controls, the Internet is the toy of the brilliant minds of the computer nerds who always find ways to get around the roadblocks. It seems that now that we have it, there will always be an Internet. They cannot put that horse back in the barn now that it has gotten free and at large in the world.

Bitcoin is emerging so quickly, and is being accepted by so many major corporate users, that any thought of stopping it is also an almost impossible act. As of February 2015 there were over 100,000 merchants and vendors accepting bitcoin as payment. This year, a research study by Cambridge University determined that from 2.9 to 5.8 million unique users were using some form of cryptocurrency. Most of them were using bitcoin.

There are technical ways of explaining how cryptocurrency works which most folks won’t understand. For example, the system works “peer-to-peer” with transactions taking place directly between buyers and sellers without an intermediary. That means nobody has to put money in a banking system, then have the bank record where the money goes and charge users for the service. The transactions however are verified by “network nodes” and recorded in a public distributed electronic ledger called a “blockchain.”

And that is as deep as we want to go into that complicated part of explaining the bitcoin phenomenon.

We can expect the use of cryptocurrency to grow expedientially now that banking mobsters have seized power in Washington D.C. Only last week, while television viewers had their eyes glued on the Comey Senate hearings, House Republicans were busy jamming through legislation designed to gut the financial regulations in the Dodd-Frank legislation. Dodd-Frank was passed in 2010 to control the kind of wild banking investments that generated the 2007-08 financial crisis that was just beginning to ease when Trump and his right-wing cronies came to power early this year.

There is yet another important factor in this cryptocurrency story that is soon going to have a major impact on everybody and especially those bankers feeding on the Federal Reserve and the Rothschilds syndicate.

Russia is working with Sberbank, that nation's major state-controlled bank, in the development of a Russian national cryptocurrency. This is going to involve a “Russian Bitcoin” that will use Sberbank as its base. Once implemented, the Russian bigcoin will be the only accepted currency in Russia. Since Russia does business throughout the world, especially in oil and gas exchanges, the use of cryptocurrency can be expected to spread like wildfire all over the world.
​
It will be interesting to see how all of this unfolds. We have to think that the Rothchilds family and the Queen of England may be quaking in their boots these days.