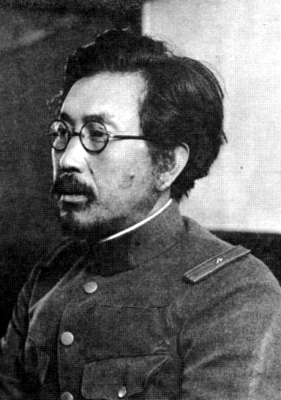 During World War II, the Japanese maintained a biological warfare lab known as Unit 731 in Pingfang, China. There the Imperial Japanese Army, under the direction of Surgeon General Shiro Ishii, conducted forced and lethal human experimentation on war prisoners that were even more barbaric than the tortures dreamed up by the Germans.

While details of much of the experimentation were destroyed by the Japanese as the war was coming to an end, it is estimated that between 3,000 and 12,000 man, women and children perished, usually from terrible and painful deaths as the medical people in the unit carved up their bodies without anesthesia while they were still alive. The prisoners were injected with various bacteria and diseases.

Some prisoners had their stomachs surgically removed and the esophagus reattached to the intestines. Parts of brain, lungs, liver and other organs were removed in experiments to determine the effects on patients.

The prisoners were injected with a variety of diseases, including syphilis and gonorrhea and then studied. They were subjected to plague fleas, cholera, anthrax, various bio-warfare agents, forced to endure frostbite, deprived of food and water, injected with animal blood, given lethal doses of X-rays, injected with sea water, subjected to chemical weapons and burned and buried alive.

The results of much of the testing resulted in deadly biological weapons that the Japanese used in the war. For example, bubonic plague-infested fleas, bred in Unit 731 and Unit 1644, were spread upon Chinese cities by low-flying aircraft. Thousands of people perished.

Other terrible weapons were developed, like the defoliation bacilli bomb and other bombs, designed with porcelain shells and laden with anthrax, typhoid, dysentery, cholera and other deadly pathogens. Fleas were often used as the carriers.

The devices developed in the lab were so deadly that one accidental spill of an unleashed biological agent in Chekiang killed an estimated 1,700 Japanese civilians.

In the final months of the war, Japan planned to deliver a biological weapon containing the plague against San Diego, California. The attack was set for Sept. 22, 1945, but Japan surrendered just five weeks earlier.

Unit 731 was a huge facility with over 150 buildings covering six square kilometers. The complex contained factories and cauldrons capable of producing a variety of chemicals, raise fleas, biological agents and Bubonic plague bacteria.

The official name of the facility was the Epidemic Prevention and Water Purification Department, which was a cover for what was really going on inside.

General Ishii studied microbiology at Kyoto Imperial University. He was commissioned into the Imperial Japanese Army as an army surgeon in 1921 and quickly moved up through the ranks. He had a keen interest in bio-weapons, and once traveled to the west to study the effects of the chemical weapons used in World War I.

In 1932 Ishii began experimenting with biological warfare as a secret project for the Japanese military. When Unit 731 was constructed in 1936, Ishii directed the design of the massive compound. By 1942, after Japan and the United States were at war, he was serving as Chief of the Medical Section of the Japanese First Army. But his duties remained at Unit 731,

Ironically, Ishii had the facilities to develop a massive and deadly bacterial war machine and promoted the idea to his superiors. But Japanese command snubbed the idea until it was too late. The planned attack on San Diego would have been among the first of its kind, but was never carried out.

When the war ended, the Japanese attempted to destroy the Unit 731 lab. The buildings survived the heavy bombing. All of the prisoners at the facility, however, were executed.

In the surrender agreement, General Ishii and his staff were granted immunity from trial for war crimes in exchange for the medical information gained from the experiments. Thus many of the amazing advancements in medicine since World War II were the result of the insidious experimentation that went on among war prisoners in both Japanese and German labs.