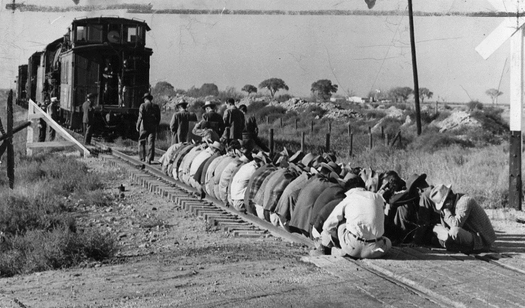 There has been a silent war going on in the courts and U. S. work places over a worker’s right to be represented by a union. The unions won their place at the wage bargaining table after nearly 100 years of bitter and sometimes bloody in-fighting between workers and employers.

The success of the unions brought about the rise of the Middle Class in the United States. Unheard of benefits like paid vacation time, paid sick time, overtime pay and 40-hour work weeks became so common even workers in non-union shops received these perks.
But things began to slowly change as smaller union shops were swallowed up in company mergers and the nation began entering into international free trade agreements in the 1990’s. Once the barriers in tariffs went down U.S. factories began moving to Mexico, India, China and other places where there was a line-up of people willing to work for low non-union wages. Consequently the U.S. labor unions lost membership and bargaining power.

At the same time, states invented “right-to-work” laws. As usual the name of the legislation is misleading. The laws make it possible for employers to hire non-union workers in union shops, and the unions are not only prohibited from forcing union membership, but also from collecting union dues. The laws create a situation for employers to create cheap labor at home.

To date, 26 states have passed right to work laws. Naturally the unions are fighting back. This spring Wisconsin Governor Scott Walker’s right to work law was overturned by a Dane County Circuit Judge, which gave union leaders a brief ray of hope. But the decision was quickly overturned by the state’s conservative Supreme Court.
So what might be next?

A report by Shaun Richman for In These Times website points to a constitutional violation that has not yet been argued in the courts. Richman noted that Wisconsin’s Chief Judge Diane Wood, who dissented in the Wisconsin case, argued that the right-to-work laws violate the Constitution’s “Takings” clause.

What Wood was saying was that the law takes both money and power from the unions, which may be legally interpreted as a violation of constitutional rights.

The Richman story quotes Law Professor Paul Secunda who said the law “compels one private party to provide benefits to another private party with no compensation.” Consequently, since the right-to-work laws permit workers to quit their unions and stop paying union fees, if the union is still obligated to spend resources representing them in issues against their employer, it is a case of unconstitutional “taking.”

There was a time, Richman wrote, when both unions and employers agreed that once the union existed in the shop, it represented all of the workers. This made it easier to bargain for wage settlements. Before this agreement, various unions were representing workers in different parts of the business, thus creating a non-ending line of wage negotiations for both labor and management.

At the time, the agreement simplified bargaining. Now with right-to-work laws in effect, it has become a headache for the unions.

With union shops disappearing, the benefits enjoyed by workers have been slipping away. Consequently, there is a growing loss of available jobs, and employers are escaping contract agreements by hiring part-time and temporary workers. Thus the whole concept of “middle class” is disappearing.
​
It is a battle the big corporations appear to be winning and one the nation’s workers are losing.