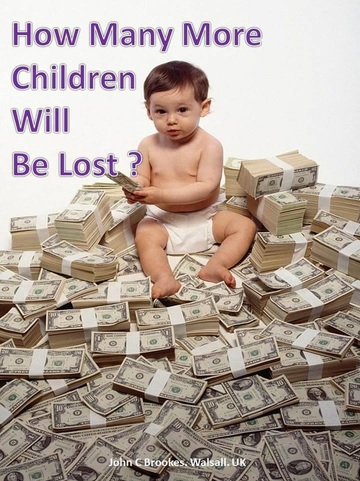 Some years back when I was active in church, I met Harvey, an alcoholic who was staying sober and trying hard to make a life for himself.

Harvey was a big and simple-minded man who had a special quality. He loved children. And I don’t mean he loved them in an unnatural way. He really liked children. He met and married a widow with ten children, took a factory job and tried in the best way he could to support and raise those children even though they were not his own.

I got involved with Harvey when our church decided it wanted to activate a bus ministry. After a donation of two extended vans, there was a need for drivers. We both volunteered and began working together, going door-to-door in the rural area where we lived, getting children to ride our vans to Sunday School.

It was a tough job, but I found that Harvey had a special way with children. They liked him. I think that was because they sensed that he liked them. He brought them in by the van-load, and helped me fill my van as well.

Not only did Harvey bring a van filled with children to church every Sunday, he also brought his wife and ten children. They sat with him, like stair steps, from teens to toddlers, filling almost an entire pew.

Naturally with a financial burden like that on his hands and a menial paying job, Harvey needed help. The church members pitched in to help. We found him a large old house to rent that needed work but was livable. And there were constant donations of food and clothing. Folks in that church made sure Harvey and his family were getting by.

One day disaster struck. One of the children came to school with a bruise on his buttocks and it was noticed by a gym teacher in the school locker room. The teacher reported it to authorities and Child Protective Services got involved. It seems that Harvey spanked.

Harvey admitted spanking his children because he said they were running like wild weeds at the time he took on this family. The older girls were turning into prostitutes, the boys were stealing, drugs were involved, and Harvey had his hands full trying to get them under control. He resorted to capital punishment from time-to-time and freely admitted it.

That was all it took. There was a hearing before a Juvenile Court Judge. I found out about it when Harvey asked me to go to court with him and testify as a character witness. I showed up, but the court didn’t want to hear what I had to say.

That court took those children away from Harvey and his wife and farmed them off to foster homes all over the area. After that, the children went wild. As a local news reporter on the police beat, I can testify that their names began to appear frequently on police blotters. It was all downhill from there.

Child Protective Services destroyed something that might have worked had CPS agents stayed out of Harvey's life and the life of the family he was trying hard to fix.

The last I saw Harvey, he had quit going to church, left his wife, and was back on the bottle.

That was my first experience with Child Protective Services. I thought at the time it was an isolated case and that perhaps something went on in Harvey’s home that we didn’t know about and authorities were not revealing.

What I did not know was that I was going to hear a lot more about this agency before I retired from work as a news reporter.