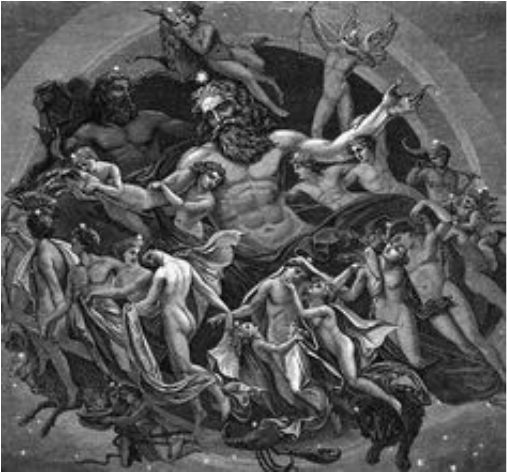 My late wife Doris was a most amazing person. Not only did she possess a brilliant mind, but she was able to communicate with intelligent beings in an astal world that apparently surrounds us. This made our personal world very interesting at times.

During our research into the realms of esoteric matters and while in contact with the “wisdom” of whatever entity my wife happened to be connected with, the name Uranus sometimes came up during questions about both human origins and our destiny.

At first I considered it a joke, since the name is usually pronounced “your anus” and I had a difficult time taking this information seriously. Yet there is a problem with that kind of thinking. We find that while entities in the astral sometimes appear to have a sense of humor the information they give us is usually always straightforward and rarely incorrect. We mostly have problems interpreting what we are told.

Uranus is the name of one of the planets in our Solar System. It is a big gaseous blue globe, the seventh planet from the Sun, with an atmosphere comprised of mostly hydrogen with some helium and methane mixed in. The winds on the surface blow at velocities of up to 360 miles per hour. Uranus is obviously not a source of human life or a place for humans to flee to if and when we kill the Mother Earth.

So why is the name Uranus so significant to the entities existing on the astral plane?

One day not long ago I discovered a reference to Hesiod’s Theogony, a story of 12 pre-Olympian gods known as Titans, who, in Greek mythology at least, once ruled the Universe.

What is significant about the story is that the 12 gods were children of Gaia, another name for the Mother Earth, after she cohabitated with Uranus. Uranus was the name of a god figure who was the father of the Titans, possibly the mighty men of renown referred to in the Book of Genesis.

Suddenly the identity of Uranus takes form. Would he not be the leader of an alien race that came to Earth perhaps 40,000 years ago, and implanted DNA in earth humanoids, thus creating super-beings, or modern humans? Or perhaps they were the invading alien race that still exists among us. Are they not the reptilians that have overpowered and enslaved the Earth’s natives by creating a materialistic society?

The ancient references to Uranus have nothing to do with the planet in our solar system. In fact, Uranus the planet wasn’t discovered or named until after astronomer William Herschel identified it in 1781. The Greek mythology was an ancient story in Herschel’s day. The planet was named for this mythological figure.

The story of Uranus and Gaia is a sordid one, filled with complexities involving rebellion by the children against the father, his castration by the youngest son, Cronus, and the creation of Aphrodite, the beautiful goddess of love when Cronus casts the genitals of his father into the sea. The story gets worse after that.

Interesting is that there is a strange similarity between the Greek mythological figures, and the mythology of ancient Egypt.

In the Egyptian story, Osiris is the Egyptian god of the underworld. He is married to Isis, a sky goddess, and they have a child, Horus. In the mythological story, Osiris is killed by his brother Seth, who chops the body into pieces and scatters the parts throughout Egypt. Isis and her sister, Nephthys, search the land, finding all the pieces. Once they are assembled, Isis then fans the breath of life back into Osiris. Osiris now remains in the underworld where he judges the souls.

Crowley’s Liber al Vel Legis depicts Horus as the crowned and conquering child, the one who rises up in the end of times to reign over the human race.

Is there not a peculiar correlation here in these ancient stories?

The late author and professor Joseph Campbell saw mythology as more than a story. It is a way in which the ancients attempted to interpret events they witnessed but did not understand. Thus a careful examination of these old stories may give us important spiritual insight into our ancient past as it relates to alien intervention.