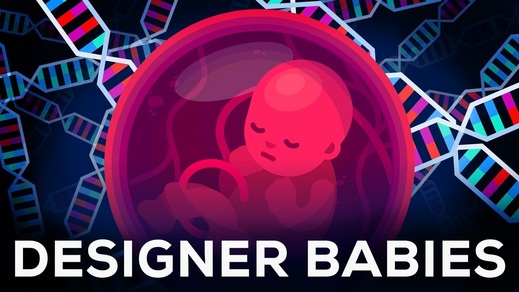 Genetic Oddity: Girl Could Give Birth To Her Sister

We knew even in the early years of genetic research and DNA mapping that humans were on the brink of becoming gods of creation.

Christian Bible-thumping preachers declared it sin and warned their followers against practicing such evil. During his term "born-again" President George W. Bush refused to allow federal dollars to be used for genetic research, even though great medical discoveries were emerging from the work going on overseas.

Sure, the possibility of strange situations were bound to occur. The story of a Montreal woman who froze her eggs so that her daughter, suffering from a rare syndrome that makes her infertile, might one-day choose to have a child of her own, raised a few Canadian eyebrows.

If the daughter chooses to accept one of the eggs and with her chosen mate bears a child, the girl, who was at that time only seven, may one day become the mother of her biological half-brother or half-sister.

Doctors say the girl has Turner syndrome, a condition in which one of the two X chromosomes found in women is missing. They say this almost always causes infertility, although women who have this condition have been capable of conceiving with donated eggs.

This is the first case in which the eggs have been frozen in advance preparation, and thus are coming from the mother of the syndrome afflicted child while the eggs remain fertile.

Of course the story has already become the subject of a variety of jokes and complex situation scenarios. Consider, one person wrote, how complicated it would be for the girl to explain to her child that they were sisters, or brother and sister, and the mother as well.

That such unique genetic pruning can be arranged because of modern science is most remarkable. While it does not cure the syndrome, it certainly puts light on a possible way to resolve its effects on the child's future.

It is possible, however, because of the amazing strides already taken by world researchers, that the genetic malfunction within this child that produced Turners Syndrome, may be fixed before she ever has to make such a decision.

Indeed, humans are on the very brink of becoming gods of creation. The irony is that we also are on the very brink of going extinct. This is a critical time of choosing which path we will follow. It is time for the religious crusaders of the world to step aside and for all mankind to unite in a common cause . . . saving ourselves from the ultimate destruction.