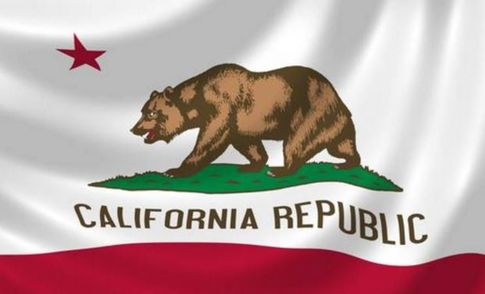 Will Trump Drive California To Secession?

I recently posted a map on Facebook showing Donald Trump’s wall veering north at the California-Nevada line and including the entire state of California, plus Alaska and the Hawaiian Islands. The concept gained so much interest the map has been appearing and reappearing daily ever since.

Many of the comments have been centered around the probability of California ever seceding from the union, and what effect such a move might have on the nation. My answer, it would probably be devastating for the nation, but possibly a good move for California.

That state is wealthy enough and its agriculture, industrial, medical and educational prowess diverse enough that California could easily stand alone as a nation without any help from the rest of the world. In fact the United States might well miss the financial might and especially the fruit and vegetable offerings that flow from this state if such a wall ever went up. The Mexican people, who are already well entrenched in California, would probably love the arrangement.

After all, California was once a part of Mexico. The territory was seized from Mexico during the Mexican-American wars, as were New Mexico, Nevada, Arizona and Texas, Many of the people who live in these territories are descendants of the original Mexican families. The Mexican culture, foods and language are still very prevalent in this part of the United States.

That Mr. Trump, as one of the first acts in his presidency, should start proceedings to build a wall separating our nation from Mexico is a terrible insult not only to the Mexican people, but to their relatives and descendants still occupying the Southwest United States.

In light of this act, and many of the other inane decisions taken by Trump and his minions during just the first days of his presidency, legislators for the State of California are beginning to think seriously about seceding from the union.

A story by Lou Colagiovanni that appeared in the blog Occupy Democrats, notes that a movement called “Calexit” is now afoot and pushed by the Yes California Independence Campaign” to circulate a petition calling for the secession of the state. The plan is to put the question before state voters in 2018 elections.

This will not be an easy task. Colagiovanni notes that such a petition would require at least 585,407 valid signatures within the next 180 days. If the issue is brought before the voters it would be presented in two parts. One would be to alter the wording of the state constitution to make secession possible. The second question would be whether to actually secede.

There is another big “if” factor in such a plan. It would require 50 percent of all of the registered voters in California to participate in such an election, with 55 percent of them agreeing to secession. If that happened, California would become its own country.

It should be noted that California voters rejected Trump by over 4 million votes in last November’s election. The state’s dislike of the Trump way of running the nation’s affairs has obviously not eased since the inauguration. Thus the possibility of such a campaign to break from the United States may not be impossible to imagine.

There is one part of the federal welfare system that might be severely missed by Californians if succession does occur. It seems that the state now receives over 30 percent of all federal money doled out for food stamps but has only 12 percent of the population. This may have a lot to do with the state’s year-around climate, which attracts the homeless. Some states have allegedly eased their homeless problems by mass busing the poor and homeless to California and just dropping them off to feign for themselves.
​
If the right-wing Republicans and Mr. Trump have their way, however, money for the nation’s welfare programs may be drastically reduced or done away with altogether in the weeks ahead.