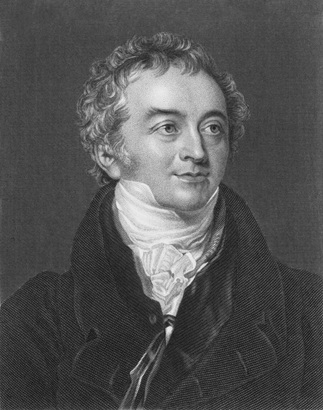 The Man Who Knew Everything

A book by Andrew Robinson titled “The Last Man Who Knew Everything” is a biographical document about the life of Thomas Young, an amazing character who lived from 1773 to 1829 and literally appeared to have knowledge about any subject brought before him.

During his lifetime, Young wrote 63 articles for Encyclopedia Britannica. The topics ranged from Bridge to scientific matters. He published papers on how the eye focuses, theorized that light traveled in waves, was instrumental in cracking the code that unlocked the script on the Rosetta Stone and coined the term Indo-European to describe the family of languages spoken throughout most of Europe and northern India.

Born a child prodigy in England, Young became a practicing physician, but also had a wide range of other interests, mostly involving science and mathematics.

Young is not the only person marked by historians for his remarkable knowledge. Others that have been subjects of biological works include Joseph Leidy (1823-1891) and Athanasius Kircher (1602-1680). The vast library of achievements by such people as these are so spectacular that they tend to stand out from even the gifted genius line of humans who can be found in nearly all segments of society.

There is a theory that overachievers like Young may have different kinds of brains, perhaps lacking the cavity that separates the left the right hemispheres. Thus they have the remarkable gift of total brain functioning, which some believe may be the evolved state in which humans should all be heading.

Young, for example, was said to have accomplished the Latin, Greek, French, Italian, Hebrew, Arabic and Persian languages by the age of 14. He attended Cambridge, went on to study medicine in London, Edinburgh and Gottingen. His first interest was in sense perception, discovered how the eye focuses by changing the shape of the lens, discovered the cause of astigmatism and helped initiate the three color theory of perception.

Young also proved, through his famous double-slit experiment, that light was a transverse wave motion and that wave lengths determined the perception of color.

After a Napoleon expedition discovered the Rosetta stone in 1814, Young used the markings on it to help decipher the ancient hieroglyphic writing of ancient Egypt.

Among his other accomplishments, Young described the characteristics of elasticity which has since been known in science as Young’s modulus.

In addition to his work in medicine, Young served as Professor of Natural Philosophy at Royal Institution, was elected a Fellow of the Royal Society, served as its Foreign Secretary and was Secretary of the Board of Longitude and Superintendent of the Nautical Almanac. He published numerous books and papers.