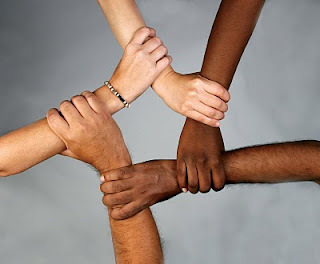 No Such Thing As White Supremacy

The belief that one race of people is superior over another has been bubbling up front and center in American news and politics ever since Barack Obama was elected the nation’s first black president.

That wicked mindset has always been deeply embedded and has been a stain on America’s portrait from the day George Washington took office as our first president. Washington, like many leaders to follow him, was a slave owner. Abraham Lincoln, mistakenly credited for ending slavery, was married to Mary Todd, the daughter of a prominent slave-owning family in Kentucky.

Rebels from the southern states formed the notorious terror group Ku-Klux-Klan after the Civil War. That organization has been operating both openly and even today in a form of secrecy ever since. Its primary focus is on white supremacy and its members have continued waging warfare against blacks, Jews, Catholics and more recently, Moslems in the United States.

The gangs that have risen up in nearly every major city and some smaller communities across the nation have mostly been the result of minority groups banding together for protection. Once united, they turned into deadly fighting and killing groups involved in a form of racial warfare.

Looking more deeply back into history, we remember that the Greeks considered themselves a superior people. The Hebrews drafted books of the Old Testament that claimed God declared them His “chosen people.” Most Jews still believe this today. And Adolf Hitler’s popularity in Germany during the 1930s grew from his declaration that the Germans were a superior Aryan race of white-skinned and blue-eyed supermen and women.

Throughout world history powerful military and political leaders that included such important figures as Nimrod, Genghis Khan, Hannibal, Charlemagne and Napoleon have all set out to conquer the known world because they believed they led a superior race of humans. And all of these great attempts, including the amazing Roman Empire, eventually fell to ruin.

Until the revolution that launched the exciting new political experiment that became the United States well over 200 years ago, world nations were largely comprised of political, religious and ethnic groups living within strict boundaries. Wars between nations were commonplace. Persecution of minority groups within nations also occurred.

The United States was a new nation, created on land that was occupied by various tribes of aboriginal people that had no concept of land ownership, national boundaries or government. Thus it was relatively easy for the Europeans to settle the land, make “treaties” with the various tribal leaders that amounted to cheating them out of the rights to hunt, fish and live on their land, and eventually murder the natives or force them to live on reservations located on the most worthless sections of property the white settlers could find.

As America was settled, land owners began importing black slaves to handle the hard labor of growing crops. Chinese, Irish and Italian workers were imported, often under chattel, to help build railroads, build great bridges, mine for coal, copper and other treasures located under the ground. It was not long before the United States was considered “the land of opportunity” for poor people all over the world. These people pitted their life savings for a third-class boat ride across the Atlantic just for a chance to live here.

With so many nationalities gathered in cities like New York, San Francisco, Miami and New Orleans, it was not long before the media was boasting that America was “the melting pot of the world.”

We may have all been gathered within the boundaries of a single nation, but the racial, religious and even sexual bigotry, so deeply embedded in the genetic history of all of us, did not go away. It has reared its ugly head time and time again, and rages even today from the lips of a few popular radio and television commentators who use their talents to stir the flames of bigotry within the minds of the masses.

It is a sickness that must be drawn under control before it consumes us.

As scientists have slowly unlocked the secrets of the human genetic code, digging into the fabric of the DNA that not only makes us what and who we are, they are proving that we are all the same. They also are proving that we all come from the same origins. The differences found in the color of our skin, our hair and our eyes merely means that we have become unique from one another. They do not make us better or worse. The fact that we were born into a family of Republicans or Democrats, or a family of Muslims, Christians, Jews or Hindus, does not make us better or worse.

We may choose various spiritual, political and even financial pathways during our walk through life, but in the end, we all end up in the same place. We grow old and die. And therein lies the common denominator for us all.

When that special light that exists within each and every one of us . . . some call it the soul while others refer to it as the spirit . . . leaves these bodies, we will find ourselves on common turf. The fact is that no one really knows what that turf involves although humans have manufactured many stories. They range from standing before a judgment seat of God to sliding through a black tunnel until we emerge to meet long dead family and friends in a lovely garden.

There is a thought shared by many contemporary spiritual leaders, that we are all part of a living universe which is, in an enigmatic sense, a part of the god from which we sprang. Thus we are part of a vast information system that extends throughout the stars. Each star, planet and moon is a living organism. We, as organisms that sprang up on Planet Earth, are creations of the Mother Earth, who provides all of the ingredients for us to live comfortably with and on her.

When we look at ourselves from that perspective, how dare any of us declare ourselves superior to any other?