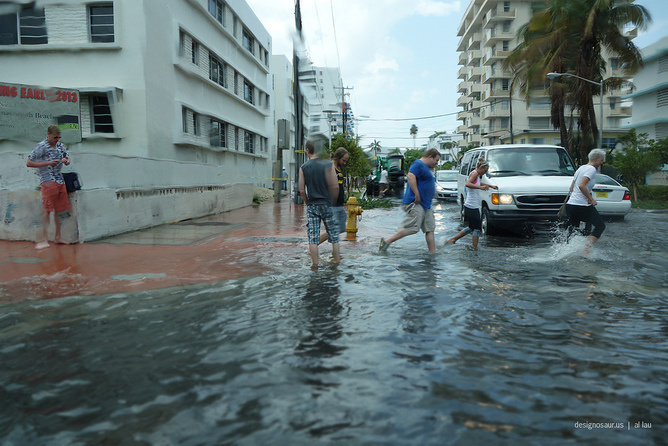 As if the Citizen’s United ruling wasn’t bad enough, now it looks as if the U.S. Supreme Court is in a position to block President Obama’s proposal to join the rest of the world in limiting carbon emissions and attempt at this late hour to slow down or possibly stop global warming.

The judges laid down the usual 5-4 split, with the five right wing members casting the deciding votes to grant a stay request from over two dozen states, utilities and coal miners that argue the proposal would give the Environmental Protection Agency too much power.
The judges did not explain the decision but only said the plaintiffs in the case “have raised serious questions.”

Obviously a plan to move the nation away from using carbon fuels to green, renewable energy poses a major threat to the powerful coal, oil and gas companies. And yes, such a plan does indeed raise serious questions about the future of these companies and the many hundreds of thousands of workers who depend upon them for their daily bread.
When you look at the whole picture, the president's plan also forces major changes in the type of vehicles we drive, the way products are made and shipped and the way we heat our homes and get the power to operate all of the electrical appliances we use at work and play.

But the crisis this nation, and the world is facing is already staring us hard in the face as we are pelted by severe weather, a heating world, melting ice caps, rising seas, and failing crops. These are only the most visible of the issues coming down on humanity because of the extensive burning of carbon fuels that appears to have been steadily contributing to heating our world since the beginning of the industrial age.

There are still climate change deniers out there . . . many of them among the old stooges now sitting on legislative chairs in Washington who are being paid well by big coal and big oil to voice such “opinions.” Obviously a few members of the high court have their hands in big coal and big oil’s pockets as well. After all, that was what Citizen’s United was all about if you can think back that far.

The legal beagles will be saying “calm down, it is only a stay.” A stay means that the court has temporarily blocked enforcement of Mr. Obama’s proposal until after the judges have had time to study all of the facts and write their opinions. That could take weeks, months, or probably years for all that we know. The decision has clearly been delayed until after Mr. Obama leaves office and who knows what his successor will want to do? In the meantime this climate change drama worsens with each passing day.

The reason a decision is going to take that long is that the Supremes are kicking the issue back into the laps of the state appellate courts for decisions before they even bother to take a serious look. Federal judges in each state involved in this issue could be making individual opinions and they may not agree. Thus we have the possible workings of a tangled legal mess building, which could lock such action in the courts for a very long time.

That’s the way the legal system works in the U.S. Granted it is a slow and deliberate process, for good reason. But in the meantime, the nation is getting slammed by extreme snow storms, violent rains and tornadic winds that are flooding and wrecking towns, toppling trees and threatening everybody’s way of life. The heat moving north is bringing with it biting insects carrying new diseases once only known in tropical countries. Coastlines are beginning to flood.

The news hasn’t been making a big thing out of it but high tide in Miami means parts of the city are flooding. That problem is going to get worse and it is going to soon be seen in places like New York, Los Angeles, Seattle, Boston, Tampa and of course New Orleans.
So while America dwaddles on this issue, much of the rest of the world is moving ahead without us. Something big appears to be in the works, with nations like China and Russia taking a lead.

This ugly problem was destined to fall in our laps the moment the decision was made to choose coal and oil as the fuel to burn to run our factories, heat our homes and power our vehicles. There was always an alternative. Nikola Tesla attempted to show it to us over a century ago, but he was shut up by the power brokers who had dollar signs in their eyes. Tesla’s way would have led into green and inexpensive energy that could not be measured, thus people who used it could not be charged.
​
Now it is time for the big coal and big oil companies to pay the fiddler after enjoying big profits for all these years. The problem is, because of the tangled way our government and legal system is now operating, they seem to be in a position of taking the rest of us down with them.