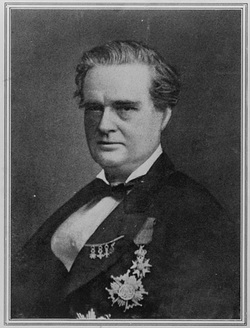 Dr. J. Marion Sims is remembered by American historians as “the father of modern gynecology. He developed a method of repairing tears women sometimes suffer between the vagina and bladder during childbirth. But he did this by conducting numerous painful experiments on black female slaves at his clinic in Montgomery, Alabama, between 1845 and 1849.

The horror of this story is that the slaves chosen for Sim’s experimental surgeries were subjected to the experiments against their will, and they were not given anesthesia, which was available at that time. Sims explained in one of his lectures that the surgery was “not painful enough to justify the trouble” of giving the women anesthesia. Most women would strongly disagree with him on that point.

They were, however, dosed with opium afterward. This was an accepted medical practice at the time.

During the four years that Sims did his experiments, he performed surgery on 14 enslaved women, most of who were kept on his property for more than one experiment. At least one of them, a woman identified only as Anarcha, was operated on as many as 30 times.

After four years of experimentation, Sims finally had success in repairing Anarcha’s fistula by using silver-wire sutures. He reported his findings in 1852.

After this Sims repaired several other black enslaved women. After having continued success with his technique on the slaves, Sims began offering the procedure on white women. It is noted that he used anesthesia for their surgeries.

While the old medical books praised Sims for his work in gynecology, they failed to mention another strange experiment he performed on black slave children suffering from trismus, a muscular spasm of the mouth that prevents the patient from opening his or her mouth. Trismus is found to be a treatable problem often caused by an infected tooth.
Patients usually recover after physical therapy, pain medications, muscle relaxants or just warm compresses. But Sim’s experiments involved using a shoemaker’s awl to force open the jaw bone. He killed the children he experimented on.

Sims went on to some degree of greatness in medical circles. In 1853 he moved to New York and founded the first hospital for women in America. The clinic later became part of the St. Luke’s-Roosevelt Hospital Center.

During the Civil War Sims moved to Europe where he worked in London and Paris. He served as surgeon to Empress Eugenie, wife of Napoleon III and empress of France.

Sims received some fame and was awarded with honors for what were considered successful gynecological surgeries at that time. But the operations were often done at the insistence of husbands and fathers who were permitted under law to commit women to surgery against their will. Many of the surgeries Sims performed were called into question.

While in France, Sims organized the American-Anglo Ambulance Corps that treated wounded soldiers at the battle of Sedan.

In 1871 Sims returned to New York where he was instrumental in establishing the nation’s first cancer institute, the New York Cancer Hospital. He served as president of the American Medical Association from 1876-77.

While Sims proved himself to be a successful medical practitioner of his day, and consequently relieved a lot of suffering, his cold-hearted treatment of the black slave women of Alabama during the early years of his practice place him squarely in our list of evil people. He took advantage of women who could not fight back to conduct the experiments and surgeries, both in Alabama and in France, that made him successful.