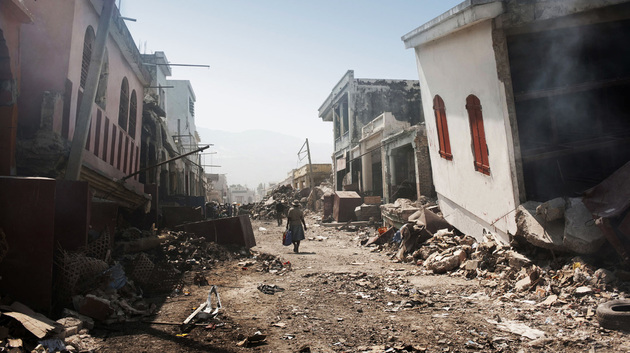 Things appear to be shaking strangely all over the planet, and in places where earthquakes are rarely, if ever, experienced. And the odd thing is that some recent quakes, while not strong enough to be damaging, are coming in swarms. In Southern California they recently experienced several days of swarms that succeeded in scaring folks out of their wits.

Our eighteenth concern on the Jack Spratt list is "new fault lines awakened in Virginia, Nevada, to name a few."

Oh yes, Mr. Sprat, a quake measuring 5.8 on the Richter scale struck eastern Virginia in August, 2012. It was strong enough to rattle homes and make people sit up and take notice. Geophysicists assured us that there is a known fault line in the area and that earthquakes have been recorded there, but they are usually so small that they go almost unnoticed. Seismologist Dr. Lucy Jones of the US Geological Survey said the last time a quake that big occurred in Virginia was at least a century ago.

Also this year residents of southern Colorado and northern New Mexico were rattled by a strong earthquake that occurred in the night, shaking them from their beds, rattling items from shelves and causing minor damage to homes. It happened in an area that rarely experienced earthquakes. A new method of searching for oil and gas called "fracking" is being blamed for many of the quake swarms. But there are other reasons.

While we associate earthquakes with the West Coast, the Pacific Northwest, Alaska, and south through Mexico and South America along the so-called "ring of fire," the people who read those seismographs tell us that moderate to high earthquakes can happen in at least 39 of the 50 states.

For example, the New Madrid fault running right through the center of the United States, from St. Louis to Memphis, is among the most active in the country and it has the potential of doing some major damage.

About 200 quakes are recorded on the New Madrid fault every year, but they are so small that people rarely notice. But five quakes estimated at magnitude 8 or larger occurred on that fault in 1811 and 1812, before the area was settled. It was said the quakes shook the countryside as far as the east coast, where church bells were rung. It was declared the largest burst of seismic energy east of the Rocky Mountains in the nation’s recorded history. People in New Madrid, Mo. saw large cracks open in the ground. They said the quakes caused the Mississippi River to temporarily flow backward.

Authorities worry that if a major quake like that struck along the New Madrid fault line today, it could cause catastrophic loss of life and property. The City of Memphis, which sits directly on top of it, has large buildings never designed to withstand a major earthquake and its infrastructure is aging. Bridges over the Mississippi River could collapse. And worst of all, there are 15 operating nuclear power plants, all of the same or similar design as the plants that were hit by the big Japanese quake at Fukushima, Japan, in March, 2011.

Geologists say the very ground we live on rests atop flat sheets of constantly moving plates of rock that cause everything to shift, and the ground to crack apart, and mountains to rise each time they move. The movements are extremely slow in terms of human time. Thus as the plates build up pressure against each other, all appears calm to us. But once something moves, once one plate grinds up over the one next to it, things go haywire all over the place on the surface. And that is what we call earthquakes.

Those fault lines, or points where the massive plates are in competition, are the danger zones. Seismologists have calculated where most of them are located. But we still have a few surprises from time to time.
​
Yes Jack, new fault lines are being discovered. But they are not new. They have always been there. We just didn’t know about them until they made their moves.