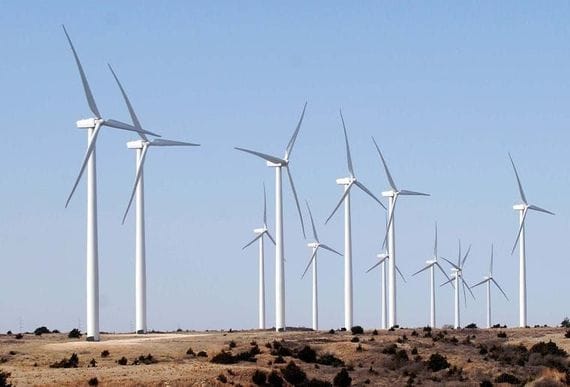 Capturing Energy In The Wind

The concept of generating electricity from wind powered turbines has been around for years but it has been relatively slow in catching on. That is because wind is a variable thing. Sometimes it comes roaring over our towns like a freight train, knocking down signs, tearing shingles from roofs and rattling the windows. On other days there isn’t enough of a breeze to carry a kite from the ground.

Nevertheless, massive windfarms have been sprouting up, especially on the open plains and on the vast shores where the wind blows free. Driving across the country it is common to come upon rows and rows of giant fans mounted on tall towers, all slowly turning to create a power source feeding nearby towns, farms and homes. The idea has been to capture the power when the wind blows, store it in batteries, and thus draw power from the batteries when needed.

There have been complaints that wind generators are sometimes noisy, unsightly and deadly to birds that happen to get captured in the turning blades. But new and innovative concepts for capturing wind power have even curbed these objections. New developments in batteries, mostly designed to help power the new electric cars, and new designs in wind generators are making it possible for single homes or neighborhoods to be powered by devices so small and so dramatically different in appearance that they are virtually hidden from public view.

Then there are the giants that are operating successfully in the open plains.
Duke Energy, headquartered in Charlotte, North Carolina, has just begun using a new windfarm near Blackwell, Oklahoma, that features massive 203-foot bladed wind turbines said to be the largest in the world. Mounted on 287-foot-tall steel posts, the blades, arching sweep the sky at about 500 feet above the ground where the wind always averages 16 miles an hour. When running the blades are moving at over 200 miles an hour.

There are 61 separate blades in the Duke Energy system, each turning a 3.3-megawatt turbine. When all of the turbines are running the system is capable of turning out 200 megawatts of power. This is equal to the output of the local coal-fired Southwest Power Station which powers about 60,000 average sized homes.

The company is even monitoring the rate of bird and bat kills around the generators and was careful to place the wind farm out of the known regular migration routes used by various bird species.

Land owners benefit from allowing the turbines to be constructed on their property. The company pays $10,000 a year for each turbine. The farmers get to continue planting crops and using the land around the working turbines, so participation is a win-win situation for the land owner.
​
The good news in all of this is that wind energy is only one of the various sources of green energy that are being refined. Wind, sun, tidal and other natural energy systems produced by the Earth are being developed to replace the old carbon-based fuel systems. It is part of a world-wide campaign to cut carbon emissions and get some control on our heating planet.