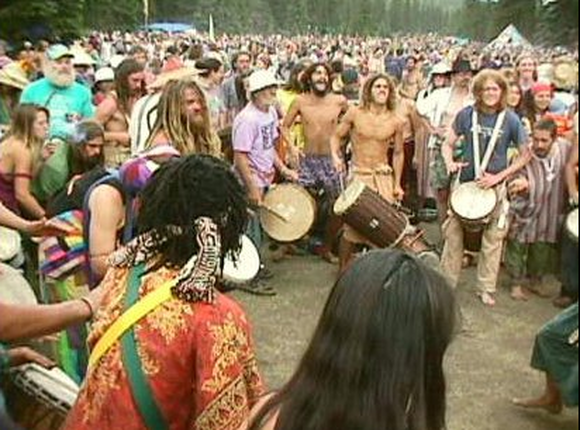 There was a story in 2006 about a group of teachers, students and social workers in New York that called themselves the “freegans.” They were going out at night, savaging rubbish bins outside supermarkets, bakeries and restaurants in and around town collecting food that is being tossed out at the end of every business day.

The group was attempting to demonstrate how American over-consumption is a pernicious global trend. They were demonstrating how people can feed themselves for free on the mountains of produce discarded by others.

There may be some irony in the fact that the Freegans were discovering what most homeless and derelict people in the nation already knew, and what thousands of the new homeless are learnng during today’s bad economic times. There are a lot of people feeding from those dumpsters all across the land.

When I worked for a short time as a bureau reporter in Springerville, Arizona, high in the White Mountains, I was fortunate to have been there when the Rainbow group chose a nearby national park site for a summer gathering. This roust-about bunch of contemporary Hippies, complete with painted 1950-vintage Volkswagen vans, old school buses and lots of tents, packed the nearby forest in such a remote area it took some real navigational skills and lots of good legwork to find them.

Yet the Rainbow found us. They were all over Springerville like ants on spilled sugar, scavenging the grocery store dumpsters and any other place where discarded food was possibly available. They also were selling crafts to raise money for their daily meals and other necessities, like perhaps some marijuana. Naturally the police were gathered thick as bedbugs in the area during that strange week.

I got among this group, wrote a few objective feature stories and portrayed the Rainbow people in a more favorable light than most reporters, who took their stories from police logs. Because of the way I wrote my stories I made a hero out of myself. The Rainbow group took me in as one of their own and I spent a week getting to know and understand that youth subculture in a life-changing way.

Not all of the Rainbow were young. Many were balding, middle-aged, and even some grey-haired folk with pot bellies, still hanging onto this life style from the 1960s era. Many were former Grateful Dead followers, still mourning the loss of Jerry Garcia and the break-up of that glorious time in the American subculture. All were homeless nomads, traveling in bands across the nation, scavenging their meals, sleeping in vans and tents, and living free.

There were no jobs for the youth even then, and their plight in America is much worse today. They see no hope for America, and no future for themselves, so they take life day-by-day, enjoying the drugs they can get their hands on, enjoying free sex and an open party spirit that seemed to never end. Many were accomplished musicians, so the music never stopped where ever the Rainbow gathered. Dancing in the woods around a campfire was a common sight.

The grand finale, on the last day of the gathering, was a most amazing party. It was highlighted by a parade of people dressed in Mardi-Gras type costumes, musicians, clowns, tall monster images, and even a few naked dancers all snaking in a twisting, single line through the crowds and through the trees. The young people all around us were smoking marijuana and removing their clothing on that warm summer day. Many had their faces painted. Once the shock of public nudity passed, it was easy to get in the spirit of the day. It was an event the staff photographer and I have imprinted in our memories forever.

Ever since that event, I have had fond regards for the youth culture of America, and a keen understanding of what makes the Rainbow organization tick. And occasionally . . . only occasionally . . . I catch a news story about another gathering somewhere in America. I hear the gatherings are somewhat tainted now because of the influx of new poor and homeless people; there by need instead of by choice. My wish is that the old guard will have something important to teach the newbys.

​They don’t get much press, and few people in this country even know they exist. But I know they are out there. Somehow it makes me happy just knowing it.

And yes, when the food dumpsters are scavenged behind the local grocery stores, bakeries and restaurants, you can bet the homeless, or perhaps the Rainbow, have just passed through.