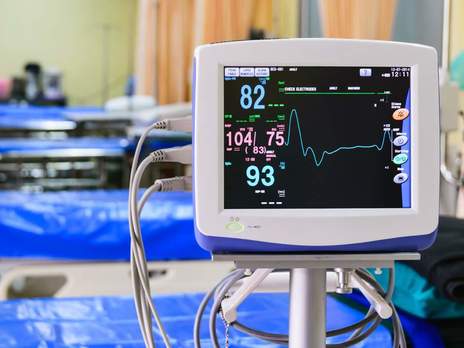 As if contemporary science hasn’t already pushed the boundaries of creation to the limits with its complex experimentation with genetic manipulation and cloning, now a U.S. biotech company has been granted permission to experiment on ways to restart the nervous systems of “brain-dead” medical patients.

An Institutional Review Board has granted a team of neurological researchers for Bioquark Inc., in Philadelphia, permission to stimulate the electrical impulses in patients declared to be in a brain-dead state to learn if people can be brought back to life.

The team is expected to test a combination of therapies on 20 patients that have been clinically certified as being brain dead with bodies maintained only by life-support machines.

The testing will include injecting the brains with stem cells, giving spinal cord infusions with beneficial chemicals and other nerve stimulation techniques that have been shown to bring people out of comas.

Among the researchers involved in this controversial project is Dr. Calixto Machado, a neurological researcher and member of the American Academy of Neurology who has written extensively about brain death.

A report in the UK Telegraph explained that the team plans to monitor the brain activity of each patient for several months after each therapy has been tried. They will be looking for signs of neurological reactivation. The focus will be on the upper spinal cord, the part of the brain that controls basic body functions like heartbeat and breathing.

Ira Pastor, Bioquark’s CEO, told the Telegraph the team hopes to see results within the first two or three months.

Bioquark, which was founded in 2007, promotes itself as a “life sciences company” with research directed at the regeneration and repair of human organs and tissues. The company is exploring novel biologics for “remodeling diseased, damaged or aged tissues” and find ways to “induce efficient and controllable regeneration and repair” of the human body.
​
The researchers are exploring ways to stop the aging process by recreating the dynamics only seed during human fetal development in the human body, and limb and organ regeneration in organisms like amphibians.

In the case of brain death, the researchers note that the central nervous system uses neurotransmitters to transmit electrical signals through the body. By stimulating neurons with electrical currents, even when the patient is in a coma, the neurons will respond to electrical stimulation. But after brain death, the research team explains that the neurons begin to wither away and degenerate. For any “resurrection” to happen, the team must find a way to stimulate the regeneration of the neurons. This is what they are attempting to accomplish in the upcoming experiments.

We have to wonder if such patients can ever be fully revived after lying in a brain dead state. And if they are revived, will they retain a memory, or will they arise like zombies without knowledge or purpose?

​If the patient becomes somewhat "alive" without full brain activity, what then will become of it? Can it be returned legally to its brain-dead state and sent off to a crematorium?