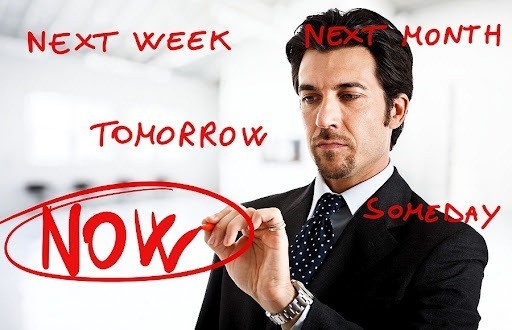 Slaves To The Zeigarnik Effect

Have you ever noticed that the most popular television shows always leave you "hanging" at the end of each week’s episode so you will be sure to tune in the following week to learn what happened to the hero or heroine?

This is an old trick that script writers, and novelists like to use in their books to spike continued interest in watchers and readers so that they remain in the game, so-to-speak.

There is a name for this kind of trickery. It is called the Zeigarnik Effect, named after Bluma Zeigarnik, a Russian psychologist who made a study of human behavior after watching waiters taking orders and serving meals in a Vienna restaurant. When questioned, Zeigarnik found that the waiters seemed to only remember uncompleted orders, but could not recall orders already served.

This led to some laboratory tests in which volunteers were asked to do various tasks but then interrupted them before the list of tasks could be completed. She found that the subjects were more likely to remember the list after being interrupted than they were if allowed to complete the tasks.

There seems to be something about us that commits unfinished tasks to vivid memory until they are completed. It does not seem to matter how mundane the list of jobs may be. If we are once committed to completing them, we do not forget the list until we do them all.

That may not seem to be a great psychological discovery until you understand the significance of this kind of recall in our daily lives.

Interesting and ongoing news events, like a search for a missing child, have a way of keeping viewers glued to their television sets until the child is found. The O. J. Simpson murder trial, one of the first major trials of its kind to be televised to the nation, was faithfully viewed by millions, even people who were watching from their jobs.

I still have vivid memories of the fight to rescue three-year-old Cathy Fiscus after she fell into a well in San Marino, California, in 1949. The rescue efforts went on for days, with volunteers drilling a second hole beside the well under the glare of floodlights and early television crews. The little girl died before they reached her.

English novelist Charles Dickens’ great novel Oliver Twist features exciting cliff hangers at the end of each chapter. This is because the novel was first published chapter by chapter in serialized newspaper accounts before it was published as a complete novel. Even though it was not studied, identified or named, Dickens wisely used the Zeigarnik effect to keep readers coming back each week for more of his stories. It was said that his American readers would wait at the New York docks for the papers carrying the latest chapters to arrive by ship from England.

Unfortunately, when it comes to television serial stories, when the Zeigarnik effect is working too well, the advertising industry is well aware of it. Thus the stories are so jammed with promotional advertising interruptions that the mere fun of following the characters through their make-believe trials is  ruined.

But we ingenious watchers have found clever ways of escaping the advertising blitz. We have invented machines like TiVo and other digital television recording devices that allow us to skip over the ads. And for those who choose to wait, the onset of NetFlix and other programs that can be streamed via our home computers . . . full stories without advertising . . .  does it automatically.

The nice thing about watching the great shows from previous years is that you don’t have to wait a week to follow-up on the cliffhangers. Just jump into the next show with the click of a button.