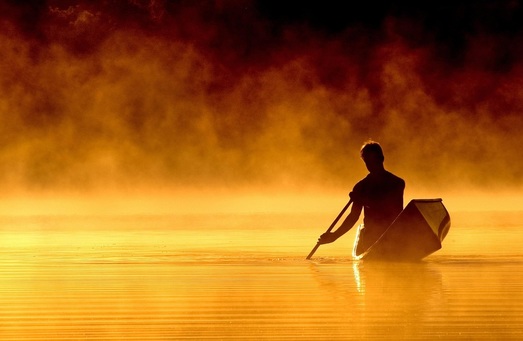 The Robbery Of Our Nobility

"It is not true that people are naturally equal for no two people can be together for even a half an hour without one acquiring an evident superiority over the other." Samuel Jackson.

There is a belief among many in esoteric circles that every human is on this planet at this time to fulfill a purpose. Many are here as volunteers, existing among the humans to carry out our part in a master plan to teach us all how to love one another and to love and cherish the Mother Earth from where we receive everything we need to exist.

We were never meant to be slaves to certain recognized rulers. But the words of British author Samuel Jackson, penned two centuries ago, do ring true. There are those among us who assume the role of leadership and the rest of us are inclined to gratefully follow in lock step, perhaps even glad to let someone else assume the responsibility of what we are doing and where we are going. But if we are all kings and queens, why would we allow this?

When we exist in the astral plane we are surrounded by the light of the Creator. In fact, we are in and of the Creator. The God of all creation exists within us as we are collectively part of the Creator of All. Thus we are omniscient and full of the very power of creation. Thus our decision to enter this dark existence on our three-dimensional planet is an act of love and perhaps even sacrifice because of our deep concern for the suffering of the humans existing here. Thus we come as gods . . . as established kings and queens . . . with assigned purpose. The problem is that to get here we must enter the bodies of unborn babies, go through the birth process, and take our chances on the environment, the educational opportunities and even the genetic history of our parents that determine the health and well-being we will or will not enjoy during the brief time we have to exist in this "life."

Because of the way we arrive, we have little memory of the past and as we grow, the influence of the society to which we were born and the religious belief systems that dominate that society soon overpower the natural perspicacity carried with us at the time of our arrival.

In short, we are brainwashed from the moment we begin to become aware of our surroundings and start learning the language and customs of the society in which we are born. Thus most of us spend our lives trying to find out our purpose. Many fall victim to the religious and social demands and never even bother to ask the question. We spend our lives merely existing and bowing to the demands of the masters who lead us around by a ring in our nose. It is ironic that some "rebellious" youth now decorate their bodies with actual rings implanted in their noses as well as other parts of their bodies.

We are taught to be slaves from the start. The public schools steer children into training for various vocations, often the ones established by corporate leaders in the area who set standards for the things children must know before they can become useful workers on the industrial treadmill. Our universities stopped being centers of higher learning years ago and joined the program of training more highly skilled workers for the corporate machine. The religious institutions teach us that we are sinners in the eyes of an external god and set standards for perfect living that are impossible for any of us to meet. Thus we go through our lives with a sense of worthlessness. Without inspiration and help from outside sources, we are all bound for enslavement.

Who are the masters? They are the ones who figured out the system early in life, rebelled from the norm, and gambled in their quest for wealth and power. Those who made it became the corporate bosses, the men and women controlling the lives of the masses. But even they live in a form of enslavement. They must bend to the will of the social order or go down in flames. The pecking order gets more and more severe the higher on the rung these people climb. Thus they live in a dog-eat-dog world.

In the course of our struggles it is easy to forget, or never know that we came with a purpose. And it explains why society has been living in a stagnate cesspool of existence for thousands of years. While we have accomplished great achievements in the areas of science, music and general knowledge, and our minds have slowly evolved, we still cling to the old religious systems and live by the laws fashioned from such ancient books as the Koran and the Old Testament.

The elders have been watching this carnival for centuries and they have made many attempts to save us from the malaise that has kept us entrapped. They sent great spiritual teachers like Mohammad, the Buddha and Jesus who tried to set humanity on new spiritual pathways. A lot of people listened and their message was written down. But then we turned them all into gods and created new and even more twisted religious systems out of their teachings than we already had.

The elders even taught us little tricks designed to help us remember who we were after our arrival in the bodies of newborn babies. For instance, we were allowed to pick our own names with secret codes that helped us understand our reason for being here. Even this failed to shake most folks from their earth-bound stupor.

Now we are running out of time. We have foolishly stripped the planet of its resources and allowed industry to pollute the air, land and water. Our actions have changed the very climate of our home in space. Many scientists worry that a failure to change our dependence on carbon fuels, our reckless dumping of toxic waste and chemicals into our land and seas, and our unchecked overpopulation of our land will lead to the destruction of the Earth and the extinction of all life.

This is why the indigo children have arrived. We are all on the verge of a great transition the likes of which we have never experienced in human history. If all works out, it means the cavalry has arrived and it is about to save us from ourselves, whether we like it or not.

There is more to this story