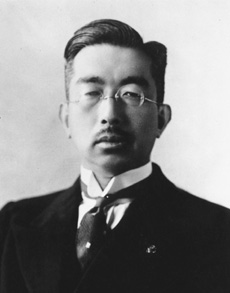 He was but a young man when Japan attacked Pearl Harbor. Some say Japan’s last and longest serving emperor, Hirohito, was a reluctant supporter of his nation’s role in the Second World War even though he agreed to Japan’s allegiance with the Axis Powers. He also has been accused of issuing orders that brought about the deaths of thousands of war prisoners and the genocide of millions of Chinese, Indonesian, Korean, Filipino and Indochinese people.

In addition to this, it was said that Hirohito forced husbands to rape their wives and daughters and he allowed his soldiers to sexually assault over 200,000 women during the war.

In spite of all of this, after Hirohito broke a precedent of imperial silence and publically surrendered to the Allied Forces in 1945, General Douglas MacArthur made a bargain with the emperor that brought in a new Japanese constitution and the denouncement of imperial “divinity.” Instead of being tried for war crimes, Hirohito was allowed to live and become a democratic figurehead.

Thus Hirohito died an old but still honored national figure on January 7, 1989. He was 88 years old.

He was born in Tokyo in 1901, the oldest son of then Crown Prince Yoshihito and Princess Sadako. He later became Japan’s Crown Prince when his father took the nation’s crown as Emperor Taisho. For the record, his full name was Michinomiya Hirohito.

Because he was destined to become the nation’s emperor, Hirohito was sent away to receive an imperial education. He was granted the title of crown prince in 1916. In 1921 he became the first Japanese crown prince to travel abroad and study in other nations, mostly in Europe. Later that same year Hirohito returned to Japan to become acting ruler because of his father’s failing health.

In 1926 Hirohito became Japan’s youngest monarch. He was just 15 years old when his father died and he took the seat of power. That same year he married Princess Nagako. They were parents of seven children.

It was said the Hirohito was a kind and gentle man who reluctantly became involved in the political warfare of his day. The nation of Japan was in a state of unrest when he came to power. The military revolted and there was assassinations of many public officials, including Japan’s Prime Minister Inukai Tsuyoshi.

Historians say Hirohito also was a reluctant supporter of the military’s occupation of Manchuria, which brought about a Sino-Japanese War. His role as a war emperor apparently hardened him so that he agreed to the alliance with Germany and Italy in the beginning of World War II, and his own military’s attack on Pearl Harbor.

It was perhaps because of the Japanese precedent of a “code of silence” from the emperor that no one really knew what was going on in Tokyo’s Aoyama Palace during the critical war years. Consequently it was Hideki Tojo, the general of the Imperial Japanese Army and Prime Minister of Japan, who took the fall.

Tojo was arrested and hung for his war crimes after the war. Many people in the west wanted to see Hirohito tried for war crimes, but General MacArthur was wise to the political mind of the Japanese people.
​
They perceived their emperor as a divine being. Thus the success of a declaration of surrender and a change in the form of government being brought to the table during those critical days hinged on the preservation of the emperor. Thus Hirohito not only was allowed to avoid a trial, but he was given a position of simulated leadership in the new government.