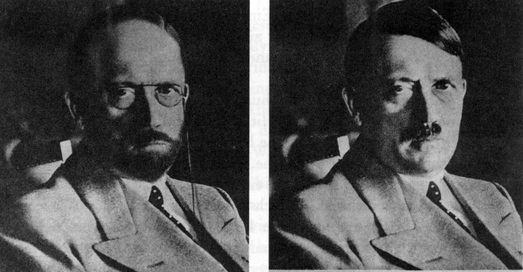 That Haunting Story That Hitler Escaped

Not that it matters much to us today, but there has been a nagging report that Adolf Hitler and his bride, Eva Braun, did not die in that Berlin bunker at the end of World War II. It is said they were secretly whisked out of Germany, put aboard a submarine and set ashore in Argentina where they lived out their lives under a false identity.

Hitler even shaved off his mustache.

Indeed it is a crazy story that seems hard to believe. And it floats suspiciously along with the barrage of world conspiracy stories that seem to dominate the Internet. Yet it is not a new story, and there are parts to the story that help to make it possible that even at that time in history, our government leaders and the media were involved in cover-ups so deep that everything we thought we knew about Hitler, Stalin and all of the other characters on the world stage were bogus.

It matters not that I might believe such a story. I am only playing the role of an impartial news reporter and passing on the information I have and letting readers decide for themselves.
​
The official story is that as the Soviet Army moved in on Berlin, on April 30, 1945, Hitler and Braun committed suicide in his underground bunker. She took cyanide and he allegedly shot himself. Their bodies were carried up out of the bunker, doused in petrol and burned in the Reich Chancellery garden. The historical record shows that the Russians recovered their remains and buried them in secret locations. In 1970 they were reportedly exhumed, cremated, and their ashes scattered. None of this was recorded by the American media.

Because Allied Forces were unable to find and identify Hitler’s body, there was never an assurance that the German dictator was really dead. Even then there were rumors that Hitler had escaped. In fact the Soviets themselves said Hitler had fled and was being shielded by former western allies. Thomas Dodd, the chief of the U.S. trial counsel at Nuremberg stated that “no one can say he is dead."

When President Harry S. Truman met Stalin at the Potsdam Conference in August, 1945, he asked if Hitler was dead. Stalin answered simply: “No.”

Then in 2009 an American archaeologist, Nicholas Bellatoni, was given permission to perform DNA testing on a skull fragment believed to be of Hitler. The test revealed that the bone belonged to an unknown woman, less than 40 years of age, and was not from either Hitler or Braun. This restored the old conspiracy stories that Hitler was alive and living somewhere in South America.

A strange story now circulating the web notes that documents recently released by the FBI, dated August, 1945, tells of a secret informant’s story of Hitler and Braun’s escape by submarine to Argentina. The informant, whose name was kept secret, said he was giving the information in exchange for political asylum.

This person said he knew Hitler was in Argentina because he was one of four men who met the German delegation when two submarines landed on the Argentinian coast. He said the Argentinian government welcomed Hitler and aided in his hiding.

He said Hitler shaved his moustache and changed his appearance to disguise himself.
The FBI obtained further evidence that a German submarine U-530 was seen on the Argentinian coast at about the time Germany surrendered, and there were eye witness accounts of German officials being dropped off. Then a Naval Attache in Buenos Aires told the same story. Yet there is no evidence that the FBI or any other U.S. agency investigated the story.
​
Architect Alejandro Bustillo later revealed that he designed and built a special home for Hitler. It was a Bavarian styled mansion in the foothills of the Andes Mountains.