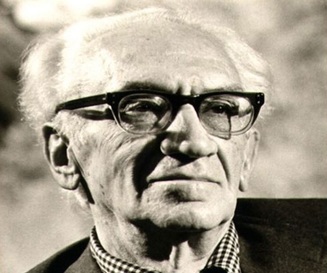 The Velikovsky Theories Of Colliding Planets

The late Immanuel Velikovsky set the scientific world aflame when he published his bestselling and controversial book Worlds in Collision in the 1950s.

Based on cross-cultural mythology, including stories in the Old Testament about almost supernatural events going on in the heavens, Velokovsky concluded that the planet Venus was once ejected violently from the gas-giant Jupiter. It roamed for a while as a wild body, displaying a spectacular tail like a giant comet. During a close and catastrophic fly-by Earth in about 1500 BC, Jupiter became the backdrop to the Exodus stories of plagues, fire, the water of the Nile turning red, hailstones raining upon the land, earthquakes, and a pillar of fire and smoke rising in the sky.

In his research, Velikovsky found what he termed a remarkable parallel in the Papyrus Ipuwer, an ancient Egyptian poem kept at the University Of Leyden Museum. This document includes lamentations of an Egyptian sage following a great catastrophe that came over the land. Indeed, the rivers ran red, fire blazed in the sky and pestilence ravaged the land.

From the stories, Velikovsky concluded that a large body, bigger than a normal comet, passed close enough to Earth to shift its axis and create global earthquakes, severe winds and pelt the landscape with falling stones.

Velikovsky also believed that centuries after the Venus event, Mars wiggled into an unstable orbit and buzzed by Earth, causing some more wild shaking and disastrous happenings in the seventh and eighth centuries BC. The ancient stories depicting Mars as a war god may stem from the memory of this event, which was unexplainable to the people observing it at the time it happened.

World mythology gives credence to Velikovsky’s Venus theory. The name Lucifer is an ancient name for Morning Star, which is another name for Venus. Venus appears in both the morning and evening sky like a bright beacon just before and after sunrise. Lucifer is said to have been cast, or fell from Heaven to Earth after rebelling against God.

Ancient world astronomers in both the Old World and the Americas seemed to regard Venus with much awe and terror. They carefully observed and recorded its position in the sky and told stories about how this planet would be the cause of a world-ending catastrophe. Velikovsky thought these stories had their roots in some dark human memory.

His research uncovered another peculiar naming of Venus by the ancients. The Babylonians called it the “torch-star,” the Mexicans saw Venus as the “smoking star,” the Peruvians called it the “long-haired star” and the Egyptians told it as a Great Star that “scattered its flame in fire.”

Velikovsky’s research was thorough. Yet the scientific community not only rejected his theories, he was blackballed from public speaking engagements, papers to scientific journals were rejected, and even though his book turned out to be a best seller, Macmillan, his publisher, turned rights of the book over to another publishing house.

When he died in 1979, Velikovsky was still embroiled in the midst of scientific discord.

Yet to this day, no data has been produced through astronomy or NASA space flights, to prove Velikovsky’s theories wrong. If anything, new research only supports his story.