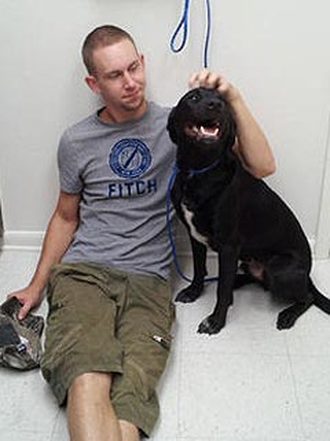 Animals clearly have an amazing sense of direction. We see that in the birds and even butterflies that migrate seasonally sometimes for thousands of miles. Fish swim free in the great oceans of the world but always return to the rivers where they were born to spawn.

And then there is Buck, the three-year-old Labrador that traveled some 500 miles from Winchester, Virginia, to find his master who had moved to Myrtle Beach, South Carolina.

It was in 2012 and Buck’s owner, Mark Wessells, had to move from Winchester to a new home in Myrtle Beach. But when he discovered that his new rental unit did not allow dogs, Wessells left the dog with his father. It was going to be a temporary thing until Wessells could find another place that would accept his dog.

Then Buck disappeared. The search was on but the dog was not to be found. Wessells said they thought the dog had been stolen.

Months passed and then one day Wessells received a call from a veterinarian. Someone in Myrtle Beach found Buck wandering and apparently lost. They took the dog in and took it to the veterinarian for shots. There the staff discovered a microchip that revealed the name of the owner. It turned out that Wessells was living only a few miles from where Buck was found.

Animals have been known to return long distances to reach familiar places. But the mystery in Buck’s case was that he managed to follow his owner to a place he had never been before.
​
Wessells suggests that the dog’s sense of smell is more powerful than anyone ever thought.