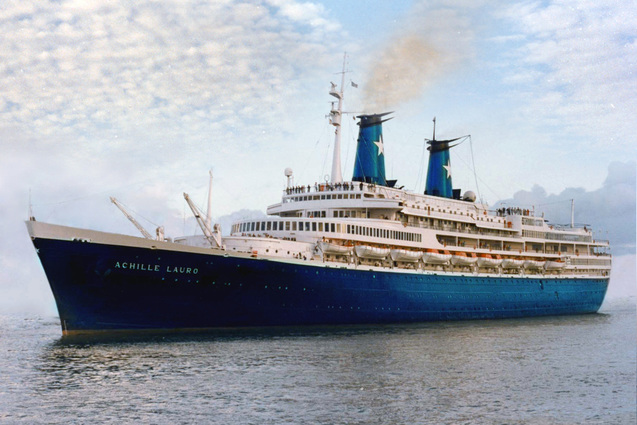 The passenger liner Achille Lauro is best remembered as a ship hijacked by Palestinian terrorists and two days of highly publicized drama at Alexandria, Egypt in 1985. It was all highlighted by the murder of American wheelchair-bound passenger Leon Klinghoffer, whose body was thrown overboard in the midst of the crisis.

The shipboard drama ended when the hijackers were surrendered to a representative of the Palestine Liberation Organization on Oct. 9, two days after the ship was seized. They were to have been flown to Tunis, but U.S. jets forced the plane down at a NATO air base in Catania, Sicily, and the hijackers were handed over to Italian authorities to be tried for murder. The ship was in Italian territory at the time the vessel was seized.

Ah but political winds compounded the issue when Italian Prime Minister Bettino Craxi released the killers. This so enraged public opinion in both the United States and Italy that Craxi was forced to resign after his coalition government fell. One of the terrorists was captured during the Iraq war in 2003.

The whole affair was such a big deal that a Hollywood television film, Voyage of Terror – The Achille Lauro Affair, starring Burt Lancaster and Eve Marie Saint, was produced in 1990.

Most people don’t know that the Achille Lauro had a dark history prior to the Alexandria hijacking. She was the kind of vessel sailors sometimes refer to as a jinx ship.
​ 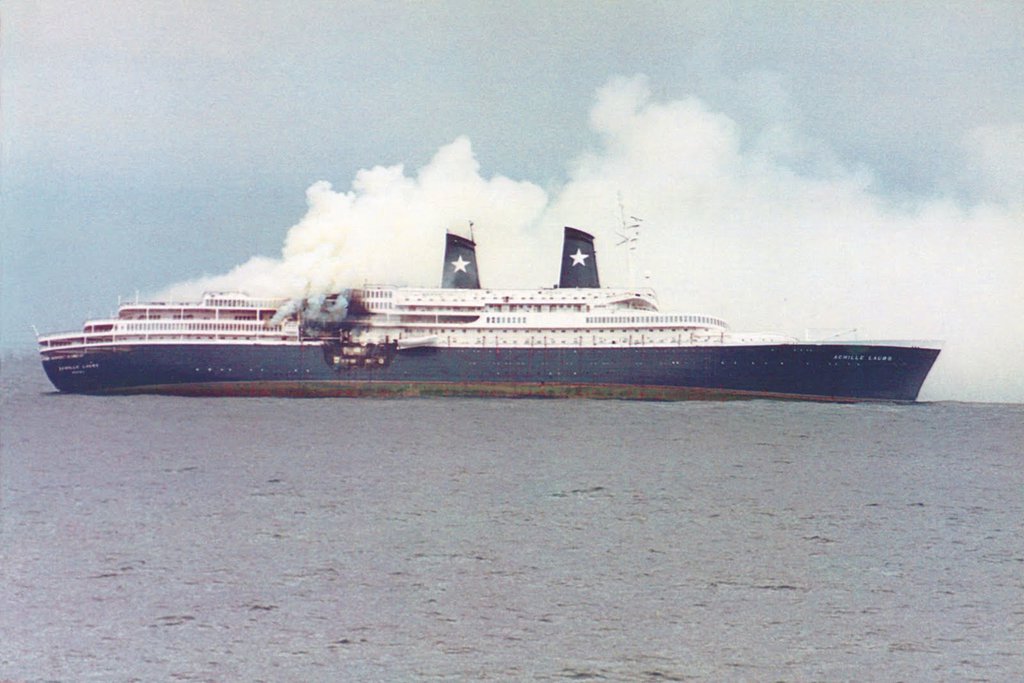 ​The keel of the 631-foot-long liner was laid in 1939 at Flushing, Netherlands, but the ship was not completed until 1947 because of World War II. When launched she was put into service by the Royal Rotterdam Lloyd’s service between the Netherlands and Indonesia under the name Willem Ruys. She offered 275 first class cabin beds and 770 tourist class cabins.

After Indonesia nationalized Dutch assets in 1956, the ship began around-the-world service from Rotterdam, through the Suez Canal to Australia, and then to Port Everglades, Florida by way of the Panama Canal.

The vessel's troubles began after it was sold to the Lauro Lines of Italy in 1964 and given its notorious name, Achille Lauro. This was the name of a former mayor of Naples. The new owners refurbished the ship, added extra accommodations, and planned to put it in service between Europe and Australia. During the renovation, however, an explosion and fire rocked the ship. The renovation was completed, however, and the Achille Lauro entered service on the high seas.

She now had facilities for 152 first-class and 1,155 tourist-class passengers. Her twin stacks were heightened and painted blue. They were topped with stylish twin smoke dispersers giving the ship a distinctive appearance. The promenade deck was extended forward and her upper decks aft were glazed to protect the forward pool from the wind. With her new dark blue paint scheme, with a red boot topping, she looked very much like a modern liner.

The new look did not erase the jinx, however. She was placed back on the Australian service, steaming from Genoa to Sydney and then to Wellington, New Zealand. On April 28, 1975, the Achille Lauro collided with and sank the Youssef, a 497-ton Lebanese cargo ship off the coast of Turkey. At least one person died in this accident.

There is a report that the liner suffered yet another fire sometime in 1981. It was repaired but before it was returned to service, the ship was seized by authorities after her owners declared bankruptcy. The Lauro Line merged with the Chandris Line in 1985. That was the year the Achille Lauro was seized by hijackers at Alexandria.

The liner remained on the high seas until November 30, 1994, when she suffered her final and devastating fire. It happened while she was cruising in the Indian Ocean, just off Somalia. They said the fire started in the engine room and soon got out of control. The captain gave the order to abandon ship and about a thousand passengers and crew took to lifeboats.

The tanker Hawaiian King was the first of a number of ships that answered the liner’s radio call for help, and was credited for rescuing most of the passengers. Two people died and eight others were injured during the transfer from life rafts to the deck of the tanker.

The fire ravaged the listing old ship for two days before it sank on Dec. 2.