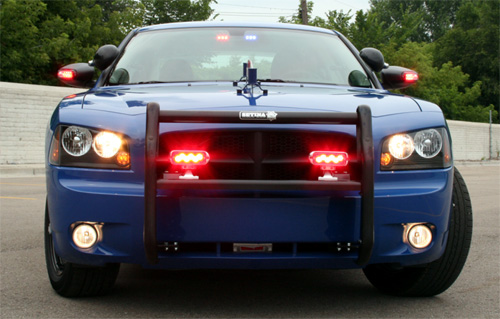 My Collection Of Gory Police Stories

A news report about a drunken young man who killed himself by launching a firework from the top of his head during the July 4 holiday triggered some thoughts about some of the odd-ball news stories I covered during my years as a news reporter on the police beat.
Drunkenness and stupidity seemed to go hand-in-hand in many of the worst cases I covered.

There were two Michigan teens who, in their drunken state, discovered a box of old sticks of dynamite in a farmer’s shed. Now old dynamite sticks are notoriously dangerous and they have been known to explode just from being manhandled. These guys were not only tossing them around, they ended their frolicking evening by igniting the fuses and then sticking the unlit ends of the dynamite in their mouths, as if they were smoking big cigars.
When the police arrived there wasn’t much left of the heads of these two foolish boys. When the dynamite exploded, it blew their skulls, brains, and everything else above the neck line into bits spread all around where they had stood.

Drunkenness was blamed for the gory death of a Worth Township woman who staggered out into US-25, just south of Lexington, Michigan, one night, then fell into a stupor with her body lying partly out on the highway. The driver of the car that struck her said he didn’t notice her lying on the road but felt a hard thud when his wheels hit something. Police said the car wheels ran over the woman’s head, squashing it flat. One trooper described the scene as the way a watermelon would look after being slammed with a sledge hammer. I lost some sleep over that story.

A young sky diver whose parachute failed to open made quite a mess on a farm just down the road from where I lived one summer weekend. The sweet corn was in season and the owner of the farm was holding a corn roast for folks in the neighborhood. There was quite a gathering. The sky diver was a friend of the family and he decided to make a dramatic entrance and give everybody a special treat by jumping from a plane over the farm and landing in the yard. When his chute failed he made more of a dramatic entrance than he had planned.

I remember the time two young boys mysteriously disappeared while playing on the Lake Michigan beach near South Haven, Michigan. A search of the area found their personal things lying in the sand near what appeared to have been some kind of digging. Fearing the worst, authorities got shovels and began removing sand. The boys were found buried deep in the sand. It seems that they both began digging holes and then started tunneling under the damp sandy earth, trying to reach each other. They were trapped and suffocated when the sand collapsed on top of them.

I was called one winter day to cover a drowning at a gravel pit. When I arrived I joined police officers and citizens standing on the bank of the pit, looking down at a hole in the ice. Snowmobile tracks lead down the side of the gravel pit and across the ice, directly to the hole. It was obvious what happened. The young man’s body was recovered under the ice along with the machine he was riding.

A was a volunteer fire fighter at South Haven for a few years. One day we were called to a house fire at Covert, a small town located just east of South Haven and in our fire district. We found the house totally engulfed in fire when we arrived. After putting the fire out we began our investigation as to the cause of the fire. Inside the house were the remains of a still so it was obvious that the occupant was attempting to make moonshine. Then we found his charred body. It seems that the still exploded.

I wasn’t there to cover the tanker fire on I-94, due east of the news bureau where I worked. But a friend, another reporter at our newspaper, happened to be riding with the police that night and was present to witness what happened. There was an accident involving a tanker full of gasoline and the truck driver was trapped in the truck cab. The police arrived before fire fighters did. They found the truck starting to burn. Everybody knew the truck driver was going to burn up if something wasn’t done quickly. The trucker pleaded with the police to shoot him. Of course they refused. The tanker exploded and the driver was engulfed in flame even as the first fire engine arrived on the scene.

One day I picked up a report on my police scanner of a mobile home fire in the county where I operated a news bureau for several years. I grabbed my camera and raced to the scene. When I arrived the fire fighters were busy at the rear of what was left of the burned out structure. As I raced across the yard to get to where the action was I almost tripped on what I thought was a large burned doll lying in the yard. I later learned that it was the body of a child who perished in the blaze. The body was so badly burned it no longer looked human.

When I first went to work for a daily newspaper in Benton Harbor, Michigan, my wife and I were living in a rental cottage on Paw Paw Lake at Coloma, about 25 miles away. One night as I was getting ready to go home my editor asked if I could take a press camera with me and stop to take a few pictures at a crime scene as a courtesy to the State Police. The address was on my way so I agreed.

When I arrived I found that it wasn’t a crime scene at all. The man’s wife left him and he committed suicide. And he did it in a very gory way. He stripped down to his underwear, then stuck a double-barrow, 12-gauge shotgun in his mouth. He tripped both triggers with his toes. His body was lying back on the bed. What was left of his head and brains were splattered all over the bedroom. There was a smell in the room that has never left me.

I took pictures of every part of that terrible scene. When I arrived home my wife had prepared a nice meal. I wasn’t very hungry.