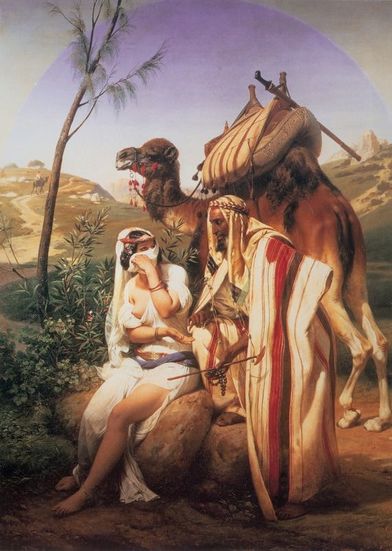 Duty Of The Surviving Brother

There was an Old Testament law that protected many widows following the death of their husbands, especially if they were childless. If there was a brother, it was his duty to then take the woman as his wife and do his best to impregnate her.

Deuteronomy 25:5 reads: "If brothers dwell together and one of them dies and has no son, the widow of the dead man shall not be married to a stranger outside the family; her husband's brother shall go in to her, take her as his wife, and perform the duty of a husband's brother to her."

The law appears to set a few boundaries. First of all, it only applies if the brothers are living together. Oddly enough they may both be married. If the surviving widow has not produced a son it becomes the duty of the brother to attempt to get the widow impregnated with a male child. If successful, verse 6 reads "Then it shall be that the firstborn son which she bears will succeed the name of the dead brother, that his name may not be blotted out of Israel."

Now living up to a law like that might be difficult for the brother. We all experience an attraction to certain people of the opposite sex, but not to others. In my own case, while I liked the woman my brother married, she was not a woman I would have ever wanted to be married to. Nor he to the woman I married. So taking the dead brother's wife into his bed might not be something a man would be happy about. Unless he secretly lusted after her. Then could we think that the premature death of the brother might be something the police should be looking into.

So suppose the brother complies with the law and agrees to bed the widow until a male child is produced. But girl babies keep popping out. Does this mean the man is bound to remain with this woman for the rest of his life? What if he was already married to another woman? There appears to be no clause in the law covering that problem. Must the brother be a bigamist?

Wow! That's a really severe punishment for a man not willing to have intercourse with his dead brother's widow. We have to wonder how many men were walking around in Israel with only one sandal.