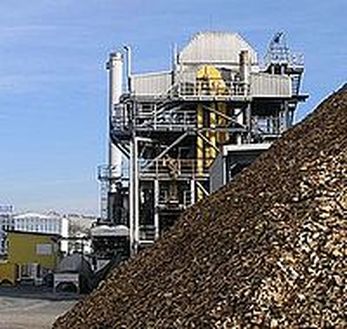 Cellulosic Ethanol – A Better Way To Fuel Jets and Cars

The rush to begin production of ethanol from corn and other sugar/starch plants as a fuel alternative for cars quickly turned out to be a problem. The production was not fuel-efficient and it created competition for vital crops also needed to feed an overpopulated world. The demand for corn, sugar cane and other food products to feed ethanol plants has helped create a spike in the cost of food.

Now ethanol from sugar may be replaced by a new production process that creates what is called cellulosic ethanol. As the name implies, this is a fuel that comes from cellulose instead of sugar. It can be produced from just about any part of a plant, including grass clippings, fallen tree limbs, corn stalks and other expendable portions of farm crops that do not compete with the world food supply.

Range Fuels, a company that was attempting to have the first cellulosic ethanol plant up and running last year in Georgia, was boasting a delivery of 100 million gallons of this new form of ethanol from wood chips and other forest waste. And if successful, company officials said they saw production expanded a billion gallons a year.

Range Fuels never got off the ground, but the concept of finding an alternative source of ethanol fuel still lives. The plant in Soperton, Ga. was purchased by LanzaTech, which is currently testing methods of turning steel mill off-gases into ethanol and aircraft jet fuel. This company has facilities not only in Georgia but also in China, New Zealand, India and Europe.

Dr Jennifer Holmgren, Chief Executive of LanzaTech, said: “We can now truly imagine a world where a steel mill can not only produce the steel for the components of the plane but also recycle its gases to produce the fuel that powers the aircraft.

LanzaTech is the first company to produce fuel grade ethanol from steel mill off-gases. The company's pre-commercial facility in China, which can produce ethanol at an annualized rate of 100,000 gallons per year, earned an internationally recognized sustainability certification from the Roundtable of Sustainable Biomaterials in 2013.

If the project in Georgia is successful America may be on the road to easing the nation’s dependency on crude oil from Midwest tarsands and OPEC.

The other good news is that if a process can be developed to make ethanol that burns clean, without carbon emissions, another major problem of massive carbon pollutants pouring into our skies may be greatly reduced.

While burning a fuel to propel individual automobiles and commercial aircraft may be accomplished without emitting toxic carbons, we question the possibility of other toxic emissions. Sometimes things that look too good to be true, usually are.