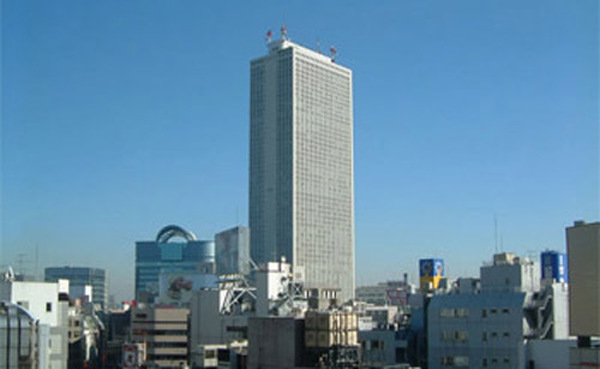 Hauntings do not seem to be limited to creepy old houses and hospital buildings. Consider Sunshine 60, a 60-story tall skyscraper in the heart of Tokyo, Japan where shoppers, office workers and maintenance people deal regularly with the vestiges of a first-class haunted building.

Since the day it was opened in 1978 there have been reports of dark shadows, strange noises, screams, scraping and banging sounds and violent rattling of the grates used to close off the shops for the night.

Shoppers have reported fleeting glimpses of disembodied faces lurking in dressing rooms and restrooms. There have been those sudden gusts of frigid cold, or people feeling pushed when nothing is there. And there has been poltergeist activity, with objects flying off shelves and store clerks opening in the morning to find the stock scattered all over the floor.

Some of the “ghosts” observed over and over again do not appear linked to the dark history of the land under the building. For instance people have seen the spirit of a woman that jumps to her death from the top of the building. She appears doomed to walk to the railing and then hurl herself off the building, often within view of several witnesses. The specter appears so real that people think they have actually witnessed a suicide.

Then there is the old lady with dark hollow eyes that roams the office floors mumbling “where is it?” When  approached or spoken to this spirit suddenly vanishes.

Sunshine 60 has been considered the most haunted skyscraper in the world.

During construction the workers at the site grew to believe the building was cursed. It was well known that Sunshine 60 was being constructed on the site of the notorious Sugamo Prison, long used for housing and hanging political prisoners and operated by allied forces after the war to house prisoners of war. Convicted war criminals, including Japan Prime Minister Hideki Tojo during the war, were executed there. Thousands of prisoners were held at that place over the years. It was closed in 1962 and prison buildings were demolished to make room for the new complex of shopping and office buildings that were to be known as Sunshine City.

When completed in 1978, Sunshine 60 held the distinction of being the tallest building in Asia. It was among the first buildings to utilize the new concept of a “city-in-a-city” mixing shopping, entertainment, restaurants, hotels, offices, banks, and even a convention center within the walls of a single building.

But the people who worked to erect that particular building paid dearly with numerous freak accidents, construction workers getting killed from faulty safety equipment, strange falls and freak accidents that nobody could explain. Workers began to believe that restless spirits of the old Sugamo Prison were plaguing the construction site.
​
The building has naturally attracted various Japanese television programs dealing with the supernatural. It is a favorite attraction for the psychics who claim to sense a spiritual presence.