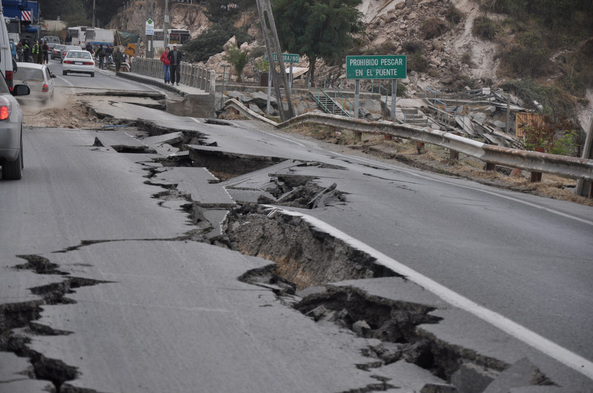 The 7.5 earthquake on October 26, 2015 ravaged northern Afghanistan at the Pakistan border leaving over 300 dead and flattened entire towns. It was the latest in a number of major quakes that seem to be occurring all too often around the world. There were the massive quakes in 2010 that leveled the Haitian town of Leogane and the nearby Capitol City Port-au-Prince plus the incredible 2013 earthquake and tsunami that struck Northern Japan, wrecking the Fukushima nuclear power plants and leaving thousands dead and homeless.

Now we are hearing of earthquake "clusters" occurring along the Mississippi River, the Tennessee Valley, in Los Angeles area, along the East Coast of the United States, and other places where earthquakes do not usually happen. None of the quakes are severe, but they are enough to rattle windows and alarm residents of the areas where they occur.

The entire "Rim of Fire" from the Indonesian Island chain north along the Coast of China, Korea, Japan, and then east to Alaska and south along the western Canadian, U.S., Mexican and South American coast experience regular earthquakes. Many of them are severe enough to wreak havoc and kill.

So what is going on. Is our friend Jack Sprat in Godlike Productions right when he lists an increase in world earthquakes among his concerns about current world events?

Indeed, in a world filled with so many unnatural natural events slamming at us from mouths of the daily television news hawks, it is small wonder that some of the major networks are posting sensational headlines like "Is Nature Out of Control?" Then there was the Wall Street Journal’s suggestion that three massive quakes in the world within three months were a cause for alarm.

The United States Geological Survey maintains a special website that tracks world earthquakes over seven day periods. Visiting the site daily reveals that there is a lot of rumbling going on all over the world, sometimes in unexpected places. But the number of earthquakes appears to remain relatively constant.

On days when major quakes occur, as they did in Afghanistan, there are many aftershocks that follow, which makes the USGS list longer than normal. Generally the number of recorded earthquakes . . . some so small most people don’t notice them . . . number about 30 per day.

For the record, the largest number of major earthquakes in a single year occurred in 1943. That year a total of 32 of them were recorded. Did the fact that the world was in the heat of World War II that year have anything to do with it?

Writer Kate Sedgwick addressed this issue in her April 2011 blog. She wrote: "The yearly worldwide average for earthquakes that register between 7.0 and 7.9 on the Rickter scale is 15. In 2010 there were 21 quakes at that intensity. So far in 2011 there have been eight. I want to be very clear that this isn’t some 2012 ‘oh-my-god-it’s-the-end-of-the-world-everybody-run’ doomsday paranoia. There are times when there is more going on than others. That’s the reason the average of quakes of this magnitude is 15 and not eight or ten."

Dr. Michael Blanpied, USGS Associate Coordinator for Earthquake Hazards, noted that "while the number of earthquakes is within the normal range, this does not diminish the fact that there has been extreme devastation and loss of life in heavily populated areas."
The world has become so overcrowded with humanity that people are choosing more and more hazardous places to live. And that is increasing the likelihood of more and more people getting hurt or killed when the ground shakes.

The shaking of the earth is believed to be caused by normal movements of giant plates deep under the surface of the ground that appear to be in constant movement. This movement is happening so slowly in terms of human time that the effect only happens every so many years, usually at the plate boundaries or fault lines.

And for those who are not aware of it, there is a major Atlantic plate that exists directly under the Mississippi valley. It hasn’t made any big moves for over 100 years, but if it ever does, the damage to towns and cities along its boundary may be devastating.

There also is an Eastern Tennessee Seismic Zone that may catch a lot of folks off guard as well. In fact, there are new plate boundaries being discovered by world geologists all the time in places people always considered safe from earthquakes.

So is Jack Sprat’s concern about an increase in earthquakes throughout the world valid? We think the danger lies in the fact that people are foolishly settling directly on top of known fault lines. And even worse: as they did at Fukushima and also at the Diablo Canyon plant in San Luis, California, electric companies carelessly built nuclear power plants right on top of known active faults.
​
So our answer to Mr. Sprat’s question is both yes and no. There appears not to be an increase in world earthquakes. But because of overpopulation and the rush for property to build housing, a lot of people now live in dangerous places. So when the big quakes occur, they tend to create sensational disasters that make headlines.