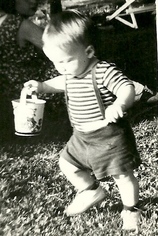 My Name Was Strangely Magical

It has been said that before we come into this world, we contract for certain positions in life. And since we arrive as babes, without memory of past lives and just what that contract is, we pre-assign ourselves specific names that help us remember.

If this is true, something may have gone wrong when I was named. The name James has given me few clues as to my intended task in this life. It is an English name, said to be a variant of the Hebrew name Jacob, which means “he who supplants.”

Supplant means to replace, or substitute for another. The suggestion here is that I might in some way replace another spirit that was supposed to have been born in my body. But this begs the question, why would this have happened? Another thought is that sometime in my life I was to jump in front of a moving train to push someone else out of harm’s way, or throw myself on a hand grenade and take the blast rather than let it kill my friends. Ah, but I have missed my calling as a war hero. I avoided Vietnam because of a severe head injury sustained in a car crash in my youth, then was a college student and married father, all of which won me a deferment from the draft.

There may be another solution. My mother once said she and Dad considered two possible names at the time I popped into this world, They thought of both James and Lawrence, then settled on the name James Lawrence. I might well have ended up with the name Lawrence James, which would have been a much niftier handle to use as an author of great books. Since I have yet to write a best-selling novel, the name Lawrence James remains buried in the dust of memories.

The name Lawrence stems from the Latin word Laurentum, which is the name of a city near Rome where laurel trees grow. The city was named for the trees. The laurel, also known in the west as the bay leaf, was used to make wreaths of victory. Thus a crowning of laurel symbolized a crown of victory. While I was never involved in military life, and have always deplored the concept of solving issues through warfare, I can look back on my life as a time of constant conflict in which I always seemed to come out the winner. My wife Doris and I used to be amazed at the way we seemed to always be provided for, no matter what situation we found ourselves in. And we have always assumed that some powerful force, be it God, or angels or some other force as yet to be understood, was watching out for us.

Exploring my last name is even more interesting. The name Donahue, which originates in Ireland, the place of my ancestral origins, was an old Gaelic word which means “dark fighter.” Does this suggest something sinister in the way I was expected to fight my battles in life? Indeed, I perceive myself as a somewhat gentle soul that is always slow to anger. Yet those who read my writings know that I fight my battles with a pen instead of a sword. I began writing editorial commentary for a college newspaper and have enjoyed taking on the hooligans in power with the sharp barbs of my words ever since. Since retiring from pure news writing in 1993 I have devoted much of my time analyzing the world around me and using the electronic media to voice my opinions on issues both large and small. If this makes me a dark fighter, then so be it.

Going back to how I was named, however, I have reason to believe that forces were strongly at work to assure that my first name was going to be James.

Indeed, there was something magical about whatever was going on in the town of my birth at the time I arrived in 1938, however. The young married people of Harbor Beach, Michigan, seemed to be obsessed that year with the name James. For a community of no more than 2,000, an abnormal number of the male children born that year were given this name. Consequently I grew up with a hoard of boys named James. And we all adopted the nickname “Jim,” which became a nightmare for teachers once we all began attending school.

In my own neighborhood on South Huron Avenue I lived with James Roberts and James Gillespie as next-door neighbors. We lived side-by-side and grew up together like brothers. Once in school there was James Ritchie, James Frayer, and James Kruger. Later James Fuhrman joined the class, and there was a James Isler in the grade ahead of ours. I believe there were a few other James’s attending the Catholic school, also operating at Harbor Beach in those years, although I have no specific memory of them since they were not classmates.

A few of these James’s had an impact on my life and I will have more to say about them.

Our First Grade teacher, a stern spinster named Miss Weatherhead, resolved the problem of calling on “Jim” in class and having six boys answer at the same time. She gave us all nicknames. Mine, which stuck with me throughout my formal training at Harbor Beach, was my initials, J.D., which translated to the nickname “Jaydee.” I hated that name and never forgave Miss Weatherhead for sticking me with that handle.

Strangely enough, after I married Doris and we co-authored and published a cookbook filled with lost or forgotten century-old recipes, Cooking on Iron, we chose “Jaydee Publications as the name of our business enterprise. It was a clever way, I thought, to combine the first letters of Jim and Doris and slip them into the name of our business.
​
By then, I suppose I had forgiven my old First Grade teacher for slapping me with that nick.