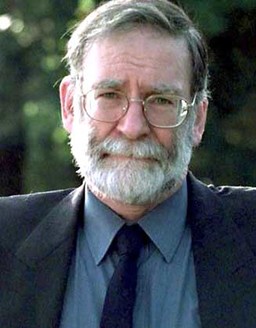 It was the sudden and unexpected death of 81-year-old Kathleen Grundy in her home in Hyde, England, that triggered the police investigation exposing Dr. Harold Shipman as a malicious serial killer at large in the community.

After Mrs. Grundy was found dead on June 24, 1998, her daughter, Angela Woodruff, a practicing lawyer, became suspicious when a second and unknown will turned up. This will left a bulk of Grundy’s estate to Dr. Shipman. It seems that there was a great deal of wealth linked to the estate and Woodruff, who handled her mother’s affairs, was totally unaware of a second will. She told authorities she believed the second will was a forgery.

Woodruff notified the local police of her suspicions. When Detective Bernard Postles examined the evidence, he reached the same conclusion. Grundy’s body was exhumed and an autopsy revealed that she had died of an overdose of morphine. It was learned that Dr. Shipman had visited her in her home only hours before her death.

When police searched Shipman’s home and his medical records searched, a collection of jewelry and the typewriter used to create Grundy’s forged will was found. A study of the medical records led to further investigations that involved more exhumations and autopsies of elderly patients that died while under Shipman’s care. By the time he was arrested and brought to trial the following year authorities linked Shipman to at least 15 different cases of murder.

Police believed that Shipman was altering medical records to support the cause of death. He was caught because he was unknowingly doing this on a computer that time stamped every alteration he made. Another trick was that Shipman discouraged families from ordering autopsies and he encouraged cremations, thus attempting to assure that his crimes would not be found out.

A jury found Shipman guilty on all 15 counts of murder and one charge of forgery. The Preston Crown Court sentenced him to serve 15 life sentences, which was commuted to a whole-life sentence without chance of parole. He later hung himself while being incarcerated at Wakefield Prison.

Police determined that Shipman probably had a long history of murdering patients during his “career” as a practicing physician.

An audit of recorded patient deaths under Shipman’s care throughout his career led authorities to estimate that he may have killed at least 236 patients before he was caught.
A separate inquiry headed by High Court Judge Dame Janet Smith examined the records of 500 patients who died while under Shipman’s care. The report concluded that Shipman murdered at least 218 of them.
​
One writer said the “sheer scale of his murderous activities meant that Shipman was catapulted from British patient killer to the most prolific known serial killer in the world.”