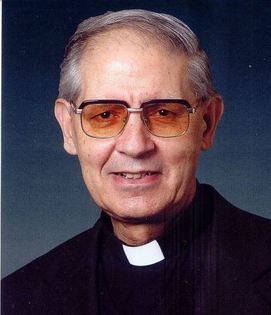 In the two years that he has been seated as the head of the Roman Catholic Church, Pope Francis has delighted the world because of the way he has brought new light and inspiration to a war-torn planet.

This Pope is changing much of the archaic dogma that has bound Catholicism for centuries. He has been reaching out to people of all religious faiths and even declaring that everyone . . . even atheists . . . can reach Heaven through good works.

During a recent visit the Americas, Pope Francis called for a world-wide social revolt. He spoke out in South America, before Congress and then the United Nations for a structural change to a global economy that he said runs counter to the plan of Jesus.

The Pope virtually scolded world political leaders for the current out-of-control, consumer-driven 'mutual capitalism,' and condemned the "injustices" of a capitalist system that puts profits ahead of people and denies people "basic rights of land, lodging and labor."

The arrival of Argentina's controversial Cardinal Bergoglio at the Vatican in 2013 marked a sudden and unexpected shift in the affairs of world Catholicism. Bergoglio succeeded Pope Benedict XVI who strangely resigned from office and moved quietly to alternate quarters in the Vatican.

Francis thus became the first Jesuit pope, the first to be chosen from the Americas, the first from the Southern Hemisphere and the first non-European pope since Syrian Gregory III was called in 741.

This particular pope has moved into what many world occultists perceive as a significant position. Many were surprised at his choice of the name Francis instead of Peter. That is because ancient prophecy of St. Malachy stated that this would be the last and final pope, and that he would be known as Peter the Roman.

Numerous prophets have foretold how this pope will be forced to flee the Vatican to France because of some disastrous event that destroys the heart of the church during his reign.

Indeed, the Abba Father once warned that Benedict would be the final pope and that after this, the Vatican and the City of Rome would be destroyed by a massive eruption of Mount Etna.

So has the conclave of cardinals purposely made an attempt to avoid such prophetic horrors by seating a new pope by another name while Pope Benedict still lives at the Vatican?

And is Francis or even Benedict really the leader of the Roman Catholic Church? There is a dark secret linked to Pope Francis' religious order known as the Jesuits. This order is headed by a Superior General who is known as the Black Pope. This is because this man, the Rev. Father Adolfo Nicholas, always wears a black priest's vestments in contrast to the white robes worn by the Pope at the Vatican.

The Rev. Nicolas is a 73-year-old Spaniard who has spent most of his career in the Far East. He directed a pastoral institute in Manila, the Philippines, and has held church leadership posts in Japan.

Since Nicolas reigns superior over the Jesuits, what is his influence over Pope Francis?
It appears that the Roman Catholic Church is going through a dramatic change. From what we have seen to date, these changes seem to be for the better and are long overdue.