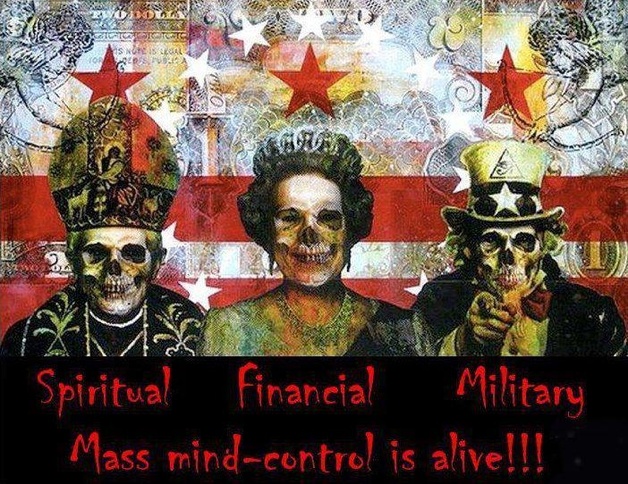 The Jesuit Trinity of Power

In 1913 President Woodrow Wilson wrote in his book “The New Freedom” that during his years in politics he had powerful people in high places confide in him. He said he was aware that these people “are afraid of something. They know that there is a power somewhere so organized, so subtle, so watchful, so interlocked, so complete, so pervasive, that they had better not speak above their breath when they speak in condemnation of it.”

Before he was assassinated, President John F. Kennedy, in a speech before the American Newspaper Publishers Association, said: “For we are opposed around the world by a monolithic and ruthless conspiracy that relies primarily on covert means for expanding its sphere of influence - on infiltration instead of invasion, on subversion instead of elections, on intimidation instead of free choice, on guerrillas by night instead of armies by day.”

What these men learned after reaching what they believed would be the highest pinnacle of power – as President of the United States – was that they were no more than a figurehead, a "prime minister" acting on behalf of a secret government. It is a government that maintains a jurisdiction over the world from three “City States” that are separated from any government and operating under the direction of the Vatican. And as we have pointed out in a special series of articles, the Vatican is controlled by the Jesuits.

If you study geography and take an objective look at the world you will notice something peculiar occurring at three specific points. There indeed are three city governments that stand uniquely separate from the countries in which they exist. And they are linked as one controlling power.

Washington D.C. is the newest of the three city states. It is a unified territorial government separate from the United States even though it operates as the center of the United States government. It was located on land donated by the States of Maryland and Virginia. It was established by Congress and signed into law by President Ulysses S. Grant in 1871. The district consists of about 64 square miles and has a population of over 600,000.

The City of London Corporation is a one square mile located within London, England. Like Washington D.C. it is a separate government from London and the United Kingdom. The name was officially changed in 2006 to Corporation of London. All of the major world banks are headquartered here and all of the transactions of the banks of the world move through the City of London. Its origins date back to the time of the Norman Conquest and the Corporation’s first recorded Royal Charter dated at about 1067.

The Vatican also has its own country code and is identified as a government resting within Rome and in the heart of Italy. Like the City of London and Washington D.C., the Vatican is its own government, complete with its own military known as the Swiss Guards. It shares no laws with Italy. It is a walled enclave consisting of 110 acres and ruled by the Pope. It has been in place for over a thousand years but officially came into existence as an independent city-state by the Lateran Treaty signed in 1929.

All three city-states are marked by imposing concrete obelisks, they fly their own flags, operate under separate governments and entertain no tax debt. The Vatican recently voluntarily agreed to pay a small tax to the Italian government to help ease the national debt.

These three city-states exist with separate purpose. The Vatican, which also serves as the home of the Superior General of the Society of Jesus, is the heart of all the business of the Jesuit Power. The General’s directives are carried out by the Pope. The Vatican serves as the world religious center. All Christian churches, not just the Roman Catholic churches, allegedly answer to the Vatican. Many fundamental churches will probably disagree with that.

The Corporation of London is the world’s financial power. It includes the Rothschild controlled Bank of England, Lloyd’s of London, London Stock Exchange, all British banks, the branch offices of 385 world banks and 70 U.S. banks. The Rothschild banking cartel maintains control of global money through The Bank for International Settlements, International Monetary Fund, the World Bank, the Federal Reserve and central banks of every nation.

It should be no surprise that the Pentagon, which maintains the most powerful military force in the world, is the military wing of the trinity of power. This may explain why a first priority of every elected U.S. president or member of the legislature places “defense” among their highest priorities when campaigning for office. The public is carefully brainwashed to support military wars and the building and maintenance of military equipment, armies and bases throughout the world.
​
Whether people want to believe it or not, the concept of a one-world-government exists and has been in place for a very long time.