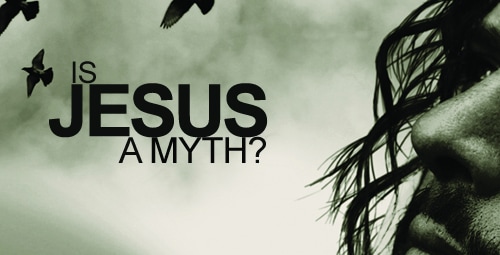 At an age when so many Bible thumpers are counting heavily on a mythological Jesus to come down out of the clouds and save them from a diseased, polluted and dying planet, a growing number of historical researchers are questioning whether this dynamic "savior" even existed.

Seattle psychologist and author Valerie Tarico has written a fascinating review of the New Testament conflicts in the Jesus story. In her article, which appeared in Alternet, Tarico looks deeply into the historical record, the timeline in which the New Testament books were written and chosen by biased theologians to make them fit the "story," and the way the Christian story plagiarizes so many earlier mythical accounts of god-like figures said to have walked among us.

The story of Jesus is shockingly similar to the mythology surrounding Horus, Buddha, Mohammad, Mithra, Dionysus, Glycan, Romulus, Odysseus and Krishna. This raises the question: are all of the great world religions based on ancient mythology?

To question the very existence of Jesus is obviously thrusting against the grain of a vast contemporary religious belief and Tarico was fully aware of this fact. But she wrote: "For centuries all serious scholars of Christianity were Christians themselves, and modern secular scholars lean heavily on the groundwork that they laid in collecting, preserving and analyzing ancient texts." She said that because of their bias, they carefully chose the text that got into the contemporary Bible, going out of their way to "excavate the man behind the myth."

Tarico and numerous other contemporary critics of the Jesus story are pointing to some obvious flaws in the New Testament story.

Even though numerous books and documents written at the time Jesus and his disciples were supposed to have been wandering the hills and towns in the "Holy Land" exist, not one of them makes mention of Jesus. Not a single eye witness account can be found. Even Paul, who wrote most of the letters in the New Testament following the four gospels, only claims to have bumped into the spirit of Jesus while on the Road to Damascus long after the death and resurrection was supposed to have occurred. Yet events as dynamic as the ones created by the very presence of Jesus, and the story of his resurrection from the dead, surely would have been enough to have been recorded in some document of that period. They were not.

Paul, who wrote the earliest material to appear in the New Testament, fails to mention the miracles surrounding the virgin birth, his walking on water, raising the dead and healing the sick. His references to Jesus’ basic teachings are not only vague but in many cases they contradict the gospels. For example, Paul dismisses Peter and James, two leaders in the early Christian movement and supposedly disciples, as nobodies and repeatedly marks them as not being true Christians.

Tarico said theologian Marcus Borg has suggested that placing the New Testament books in chronological order, in the proper time line in which they were written, brings us to the shocking realization that the four Gospels, which appeared long after Paul, strongly suggests that the recorded story of Jesus’ birth, life and death was "not the source of early Christianity, but its product."

The four gospels, which are believed to have been written years after Jesus supposedly lived, were not penned by apostles. They were assigned the names of the apostles Matthew, Mark, Luke and John. There is no record of the true authors of these writings, or when they were written.

Careful study of the stories that appear in the four Gospels reveals that their accounts of the "historical Jesus" actually contradict each other. Students of the subject suggest that Mark was the original "life of Jesus" but it lacks detail. Tarico wrote that "linguistic analysis suggests that Luke and Matthew both reworked Mark and added their own corrections and new material. But they contradict each other and, to an even greater degree contradict the much later gospel of John, because they were written with different objectives for different audiences."
​
It is interesting to note that the Gospel of John, the last of the gospels written, is the only one that proclaims the deity of Jesus.