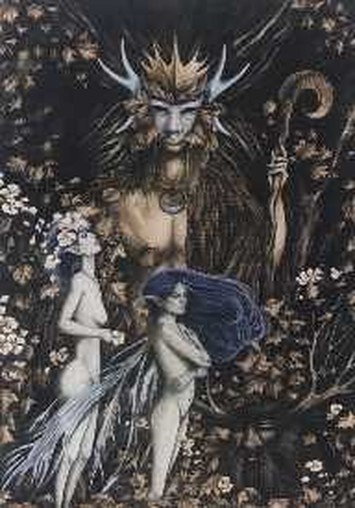 Prophecies by the King of Agharti

There exists an ancient legend of a subterranean world beneath the surface of the Earth that the Buddhists refer to as Agharta. It involves a complex of tunnels that connect continents and underground cities where millions of inhabitants have been living in peace and harmony for ages.

Many books have been written about these mysterious tunnels and the so-called “inner Earth,” and some even describe Agharta. The best known of these works is Beasts, Men and Gods, published in 1922 by Polish explorer Dr. Ferdinand Ossendowski (1876-1945).

In his book, Ossendowski said this underground kingdom is ruled by what he called the “King of the World.” In the last chapter of the book, he included a prophetic message passed on to him by the Hutuktu of Narabanchi in 1921. The Lama told him the list of future events was made by the King of the World in 1890. The list is as follows:

--Men will increasingly neglect their souls.
--The greatest corruption will reign on Earth.
--Men will become like bloodthirsty animals, thirsting for the blood of their brothers.
--The crescent will become obscured and its followers will descend into lies and perpetual warfare.
--The crowns of kings will fall.
--There will be terrible war between all the earth’s peoples; entire nations will die of hunger, crimes unknown to law, formerly unthinkable to the world.
--The persecuted will demand the attention of the whole world.
--The ancient roads will be filled with multitudes going from one place to another.
--The greatest and most beautiful cities will perish by fire.
--Families will be dispersed; faith and love will disappear.
--The world will be emptied.
--Within fifty years there will be only three great nations.
--Then, within fifty years, there will be 18 years of war and cataclysms.
--Then the peoples of Agharti will leave their subterranean caverns and will appear on the surface of the earth.