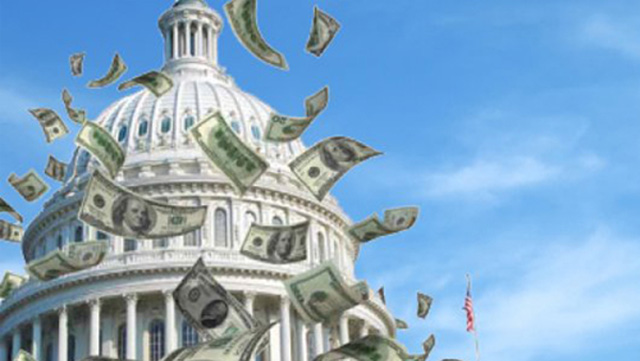 Adults have a longer attention span than children. But even with the most attentive adults, there is a limit. It appears that the corporate owned and controlled media in the United States is testing that limit prior to the 2016 presidential elections.

With each passing day we are being bombarded with headline news stories about new candidates jumping into the ring and constant editorial commentary as to how this or that candidate will affect the favored party candidate’s chances for a nomination.

Even before the state primary elections begin, which won’t be until next January in New Hampshire, the pollsters are telling us which candidate now in the running has the best chances of winning.

Frankly, we are all getting so bored with the constant fusillade we are reluctant to pick up our daily newspaper or switch on the nightly television news. When it all comes down to it, most American’s just don’t care who is running or who wins. We have been so disappointed with the performance of the Washington politicians in recent years that we perceive the entire election system as rigged and the elected candidates a pack of gangsters with their hands in the pockets of big business lobbyists.

It doesn't seem to matter what the candidate promises to do for us if elected, or the performance we demand, our preferences are forgotten the minute the new president, Senate and Congress sits down for business.

The Republicans are calling for a balanced budget and a refusal to raise taxes, at least on the wealthy. The Democrats are attempting to balance the tax structure so the ones who have the money in their pockets pay a better share. But then what is the money used for? It generally goes for more military hardware and more war.
In the meantime, the things that really count for those of us on the home front . . . low cost and improved health care, better wages and more jobs, restoration of the great education system we once enjoyed, and a rebuilding of our crumbling infrastructure . . .are generally ignored.

It is small wonder that fewer and fewer registered voters are even bothering to go to the polls on election day. If we talk to the younger Americans, they express no interest in politics whatsoever. Their general feeling is: “What’s the use. It’s all rigged. America is going down the drain.” If they reflect the temper of the new generation, they may be right.

What voters want is a real leader . . . someone who can step out of the pack and fire up the imagination of the people. We haven’t seen that kind of personality in American political circles since John F. Kennedy, and they shot him.

We thought we had something exciting in President Barack Obama. He promised change. But something went terribly wrong after he took office. As our first elected black president, his very presence in the White House seemed to spark old racial prejudices that had remained smoldering for years. Suddenly Americans are at war with each other just about everywhere. There are growing tensions between the Caucasians, Negros, Mexicans, Arabs and Orientals. People are rioting in the streets. Police are shooting unarmed citizens.

There appears to be a breakdown of the social structure we once knew and enjoyed.

This probably isn't Mr. Obama’s fault. The Washington Republicans have gone out of their way to destroy this man’s presidency in every way possible. He can’t get nominations to judicial and appointed positions approved. He can’t get the legislation he asks for written and approved by the two houses. He has resorted to presidential executive orders and international negotiating, things that presidents have been allowed to do without congressional approval. But he is taking a lot of heat for doing even this.

The bottom line is that Barack Obama has not been able to fulfill many of his campaign promises made when he ran for that high office. The two potential candidates who are saying the right things and who might stir the support of voters this time around; Vermont’s Senator Bernie Sanders and Senator Elizabeth Warren of Massachusetts, might be electable. But getting their ideas past the blockade of sold-out house members who must draft the legislation required to turn great ideas into law will be another thing.

Because of the Supreme Court rulings that gave big corporations and the wealthy few men the power to control Washington, the system of government that our forefathers created has gone stagnant. It no longer works for the people.

We fear that the only solution to this problem is another revolution. That the youth in Baltimore rose up in violent rebellion against excessive force by police against black youth is a sign that they have had enough. The Occupy movement was an early sign that the people are getting ready to revolt, but they lacked leadership and a common goal, so that early movement fizzled. Will something like the events in Baltimore spark a revolt big enough to eventually sweep the nation and force change? Can it be done without the horrors of bloodshed and property destruction?

Either we voluntarily agree to fix the knotty mess that has taken over our government, or we can expect even more extreme changes to our way of life in the United States.

Before the Supreme Court Gang of Five put the big corporations and bankers in control of the nation's election system, it would have been possible for voters to collectively make the changes they want at the polls. If this route is truly blocked, then violence and bloodshed may be the only course left.