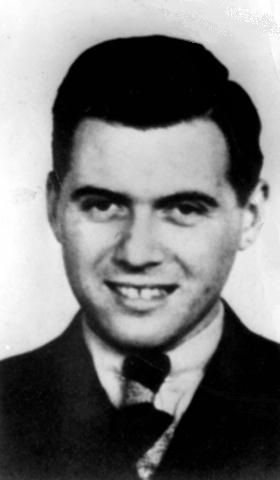 Hitler’s rise to power and the German Nazi government seemed to attract some of the most evil personalities into one part of world history. Among the very worst of them was Josef Mengele, the man who ran the medical division at the notorious Auschwitz concentration camp where more than 400,000 captives; mostly Jews died.

Auschwitz also is remembered as the site of barbaric human "medical" experiments on the prisoners during the process of murdering them.

Mengele, a slightly built man who usually went about his business with a smile on his face, his SS uniform perfectly pressed, his hat tilted jauntily to one side, earned the nickname “Angel of Death” because his business was that of killing fellow humans and doing it in the most bazaar ways he could think of.

He and the other Nazi doctors working under him tortured men, women and children by doing medical experiments of unspeakable horror. People were placed in pressure chambers, injected with a variety of drugs, castrated, frozen, forced to endure surgery without anesthesia, injected with lethal germs, and given sex change operations.

Mengele liked to experiment with twins. He even went so far as to connect two twins back to back in an effort to create conjoined twins. The children died of gangrene after days of terrible suffering.

The few children who survived Auschwitz told how Mengele would approach them with a big smile, offer them candy and then drive them to a medical laboratory where they were tortured.

Mengele left Auschwitz in January, 1945, as the Russian troops were closing in on the area. While fleeing the Soviets Mengele was captured by the Americans, but in the confusion, and because his name was not on the major war criminal list, he managed to slip away and eventually flee Germany.

He made it to Genoa where he was issued a passport under the alias Helmut Gregor. From there he boarded a ship and sailed to Argentina.

In Buenos Aires Mengele actually used his real name, operating a carpentry business. He began traveling and dared to return to Germany to go on a ski trip with his son in 1956. While he was the subject of a world-wide search as a war criminal, Mengele eluded capture right up until his death from a stroke in 1979.