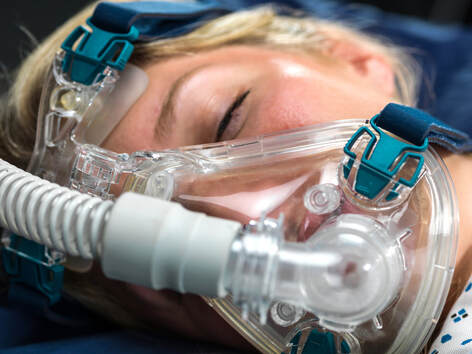 Since becoming a senior citizen I have become aware of an odd phenomena occurring among many of the people of my age. We all go to sleep at night with breathing masks on our faces. That is because we have been diagnosed as suffering from sleep apnea. Is this a medical scam or are we all finding it difficult to get our breath in the night?

Sleep apnea is a sleep disorder characterized by pauses in breathing or periods of shallow breathing during sleep. It affects older people who are overweight, are on sleep or pain medications, or are suffering from high blood pressure or any medical problem that blocks the airways when we relax and try to sleep.

So it is a proven medical problem. But why are so many of us affected? I remember when my family doctor in Michigan thought I might be suffering from sleep apnea. I was sent to Henry Ford Hospital in Detroit to be tested. I checked in in the evening, was sent to a bedroom where attendants hooked me up with all kinds of wires and tubes designed to monitor all of my body functions. Then I was told to go to sleep but to remain on my back. That was because flipping over would interrupt all of those testing devices. 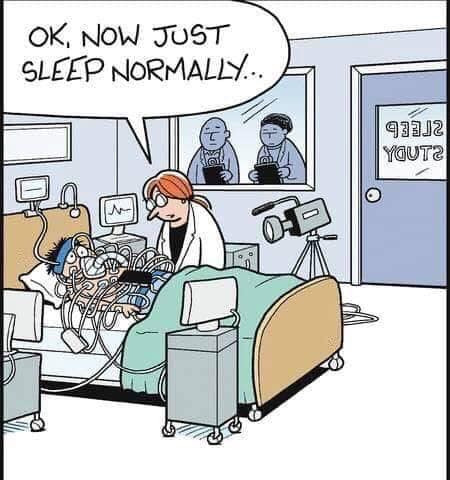 Unfortunately I have never slept on my back. As soon as I drifted off I turned over on my side. Thus I had a voice from a speaker over my head constantly telling me to turn on my back. This went on all night so I went through the entire test being unable to sleep. The next morning the doctors told me the test failed because I did not sleep. I drove home so tired it was a wonder I didn’t fall asleep on the road. That was my Michigan test for sleep apnea.

After moving to California my doctor sent me to another sleep clinic. This one was operated differently and the doctor in charge of that clinic quickly diagnosed me with sleep apnea. I was given a breathing machine and mask and told that the cost of everything was covered by my medical insurance. This involved regular rental payments on the breathing machine for several months until it was paid for. Then I technically owned the machine.

During my social intercourse in California I gradually discovered that everybody my age and even younger also used breathing machines financed by their insurance. If I traveled to stay overnight at motels or friend’s homes that machine and all of the hoses and pipes leading to the mask went with me. The entire apparatus fit into a travel case and had to be assembled and Then torn down with every stop. Consequently it has always been a nuisance.

I don’t know if it because of the medical attention, or the global warming statistics that claim our air is getting more and more polluted, but I think I am appreciating my breathing machine more and more.

Through my environmental studies we have learned that the very air we now breathe is laced with toxins and the amount of oxygen we now get in our lungs is declining. Thus there may be a valid and man-made reason why we need artificial sources to help us breathe. But these machines only force air into our lungs on a regular basis. No oxygen is added. There are nights, however, when I almost wish a little extra oxygen was available. I have a friend my age who was assigned a breathing machine but uses portable oxygen tanks instead.

The bottom line to this article is simply a question. If the shortage of oxygen in the air most of us breathe is affecting senior citizens is this a sign that our daily air supply is getting so filled with toxins it may soon fail to sustain life?