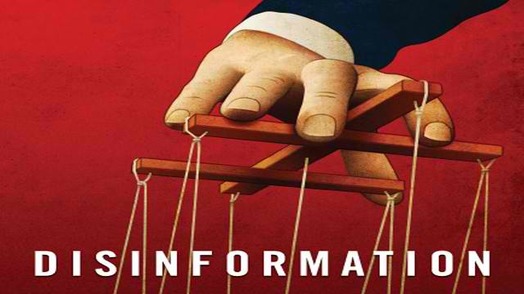 Liza Vassallo, the creator of our list of 14 methods of human mind control, dubs the eighth method as "human perception management." She writes that "if you can control the information that people get to see, hear and read, you control their perception of reality. If you limit the scope of what they can take into their minds and awareness you limit their possibilities of solutions."

We are living in what some people have called "the information age." This is because new technologies and satellite transmissions now make it possible for news of major world events to be flashed around the world and directly into our homes as they happen. It is possible to watch action on battlefields, hurricanes, floods, burning buildings and the crowning of kings and queens on our television screens even as they are happening. Telephone communications are now available not only on ground wires, but on our computers via wireless transmissions.

The problem is that there is so much information now being transmitted, and it is coming from so many sources, that it is difficult for us to take all of it in. The World Wide Web has opened the door for not only ligitimate news outlets but a volume of self-proclaimed reporters that flood the Internet with both valid and invalid information, useless conspiracy theories and religious dogma from every belief system ever devised.

Those people wishing to depend on their old established news sources like the daily newspaper, or the televised favorites like NBC, ABC, CBS, CNN or FOX and finding their news filtered. All of the big news outlets, from the New York Times to CNN are now owned by big corporate interests that are more interested in making a profit than delivering vital information to the public.

The great newspapers like the Wall Street Journal, the Washington Post, The Los Angeles Times and USA Today are still publishing, but they no longer finance investigative reporting and hard-hitting news. They have stopped playing their age-old role of being the fourth branch of government . . . keeping tabs on everything going on in Washington, the state capitals and even county governments. Staff cuts to save money means less time spent in acquiring, researching and writing news stories. Thus they are delivering only a skimmed version of what is really going on. Sometimes they miss the story altogether. Sometimes their corporate bosses block certain stories from being published because they might be considered offensive to key advertisers.

When reporters are not being paid to dig for information, it is easy for corruption to break out at high government levels. And as reporters become more and more dependent on prepared news releases and daily press conferences, either in Washington or on world battlefields, it is easy for information to be controlled. We only hear what the generals or the senators want us to hear.

As more and more of our official news is controlled, there has been an increase in Internet writers who are busy trying to fill in the blanks. The problem is, readers on line have a difficult time determining truth from fiction.

In some parts of the world, even the Internet news is controlled. Dictatorial governments have turned to new technologies to block certain websites from being viewed by people in their countries.

Thus the irony is that even though we have a wealth of information coming at us from so many sources, the world is becoming more and more misinformed.

The reality of this emerged to the extreme during this year's toxic presidential election. Something revealed as "false news" and designed to sway voter opinion emerged as a tool for a major Republican take-over of state, local and national governments. Voters are now discovering too late that they have been tricked into making bad choices.
​
This tool was so skillfully used that political and news analysts are now expressing deep concern. The worry is about the vacuum the absence of a reliable and trusted news source is going to have on this nation's future, or the future of our world.