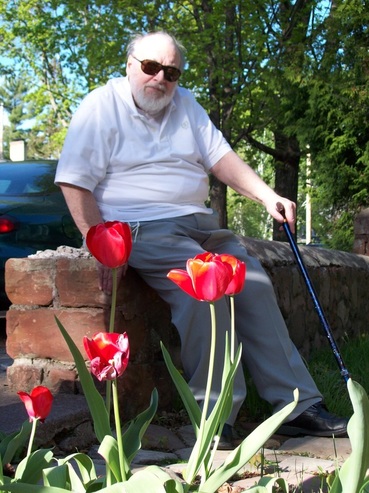 Beards have long been part of the American image. Some of our most adored icons . . . the statues and images of Abraham Lincoln, General Robert E. Lee and Uncle Sam . . . are among the best examples.

But beards on American males are not always in style. Lincoln, General Lee and General Ulysses S. Grant lived during a time when beards were definitely “in.” George Washington, for example, always appeared clean shaven as did Ben Franklin and other famous figures of an earlier era.

I grew my first beard while attending college in the late 1950's at a time when electric razors were in and beards were definitely out. I fell in with nonconformists, read Jack Kerouac’s book “On The Road” and declared myself a member of the Beat Generation. Part of the rebellious spirit was a decision to declare myself an agnostic.

When I went home for Easter break I spent the week enjoying the total freedom of not having to shave and I let my whiskers grow. Near the end of that week I was confronted by the family and our church pastor who urged me to attend church on Easter Sunday. My soul wasn't necessarily in trouble. It seems my sister and her husband planned to bring their newborn son to the alter to be baptized. Consequently there was great pressure on me to participate. I agreed to go to church but to keep my rebel status, I announced that I would show up but remain unshaven.

I don’t think anybody thought I would follow through with that boast. In fact, friends around town made bets on it. Thus it was that I went to church that Easter Sunday with a week’s worth of stubble on my face. I met my pals at a local restaurant after church to collect. I think I enjoyed the notoriety of the whole affair because after that, I decided to let the whiskers keep right on growing.

By the time I was back on campus, the stubble had become a respectable looking beard. As it was in my home town, I discovered that wearing a beard made me stand out among students on campus. I attracted the attention of a young Detroit girl that I remember only as Carol. She sent a message via mutual friends that she wanted to meet me. I agreed to a meeting, liked the girl, and we had a few interesting dates. I had no idea how to behave as a “beatnik” so I made up the role as things went along.

There was a mandate in those days that all freshmen and sophomore males had to attend ROTC classes. Each fall and spring that involved putting on military uniforms, picking up an M-I rifle, and marching in an open field. Naturally the beard was a problem. Rather than shave it, I visited the local ROTC commander and asked permission to wear the beard. I told him there was a centennial planned back home and he bought it. I recall him saying: “Son you are the first person who ever asked for something like this. Permission granted.” Thus I became the only bearded marching ROTC student on campus that spring. Probably ever.

The beard went off when it came time to compete for summer employment. In fact, I did not bother growing it again until I was working as a news bureau reporter at South Haven, Michigan, and got involved in a real centennial celebration. In fact, I was chairman of the local centennial committee. All the men in town grew beards and we had a grand time.

The next year that beard came off when I changed jobs and went to work as music and religion writer/editor for the Kalamazoo Gazette. Nobody on staff was wearing a beard and it was clear that if I was going to work there, I was going to have to shave with the rest of them.

Then something strange happened. President Lyndon Johnson had just signed the Civil Rights Act into law and employers all over America were struggling to find qualified black people to fill vacant positions. Newspaper newsrooms in those days were comprised of mostly white men and very few women. The Gazette hired its first black reporter shortly after I arrived. The man was given a desk right next to mine.

What I can say about this man was that he was friendly and outgoing, but he didn’t know beans about news reporting and writing a good news story. Out of sympathy I rewrote a lot of his copy so it passed the editor’s muster. The guy had a lot of crass because he somehow managed to take a week of vacation shortly after he arrived. And when he returned, he was sporting a beard. When he refused an order by the managing editor to shave it, they fired him.

The whole affair must have caused a stir somewhere in the bowls of the Booth Newspaper chain that summer. Within a few days a notice was posted on the bulletin board that beards were now allowed but they must be kept neatly trimmed. Right away, nearly every male on staff grew a beard. And mine returned, this time for good.

Some years later during my adventures in Christianity, I became active in a small effort to organize a new church in a rural area. All went well until the pastor of our little group asked me to shave my beard. He said it would not be proper for a bearded man to be involved in a church founded on strict fundamentalism. I reminded the man that every picture I have ever seen of Jesus shows him wearing a full beard. I pointed out that the well-known evangelist D. L. Moody also sported a full beard. My arguments were to no avail. I ended up leaving the church. Not long after that I gave up on Christianity and started pursuing other spiritual pathways. But that is another story.

The beard has remained my trademark throughout my career as a writer. Slowly, over the years, as social customs changed, beards grew back in popularity. Now I find fellow brothers of the brush almost everywhere I go.

My beard has grown white as I have aged. I was suddenly reminded of that when recently sitting on a bench in the local Wal-Mart store waiting for my wife to finish her shopping chores.

A bright-eyed little girl, probably no more than four or five, her hand tightly clasped in that of her mother, passed me by. While the mother failed to even notice that I was there, the girl could not take her eyes off me. And she was smiling from ear to ear as they passed. I realized that I was dressed in black slacks and a bright red sweat shirt. With my full white beard, she obviously thought I was Santa Claus.
​
Socially accepted at last!