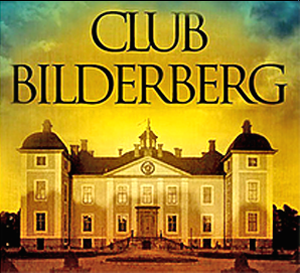 The Bilderberg Group, which has been in existence since 1954, is an organization comprised of up to 150 political, industrial, university, media and financial leaders representing nations in Europe and North America.

Because its annual meetings are held behind closed doors, without media coverage, the Bilderberg Group has been the subject of numerous conspiracy theories. Some believe it is, in effect, an organization of people who secretly control world events.

The Bilderberg website claims the annual conference "is a forum for informal discussions about megatrends and major issues facing the world. The meetings are held under the Chatham House Rule, which states that participants are free to use the information received, but neither the identity nor the affiliation of the speakers nor of any other participant may be revealed."

Bilderberg Chairman Etienne Davignon has explained that a major attraction of the group meetings is that they provide an opportunity for world leaders to speak and debate candidly, and learn what other world figures think, without their comments being published by the world media.

Because of its secrecy, the Bilderberg Group has been accused of conspiracies that range from imposing capitalist domination, establishing a world government, a controlled world economic system and more recently, planning world population reduction.

One of the founders, Denis Healy, once addressed the conspiracy theories. "To say we are striving for a one-world government is exaggerated, but not wholly unfair. Those of us in Bilderberg felt we couldn’t go on forever fighting one another for nothing and killing people and rendering millions homeless. So we felt that a single community throughout the world would be a good thing," he said.

Author Daniel Estulin, who spent 14 years investigating the researching the Bilderberg Group before publishing his book, The True Story of the Bilderberg Group, refers to the organization as a "shadow world government." It is comprised of government leaders, world bankers, military leaders and others comprising a gathering of the most powerful people in the world.

Estulin claims the Bilderberg objectives are a one world government with a single global marketplace and policed by a one world military and financially regulated by a central world bank and using one global currency.

According to Estulin, the Bilderbergs are striving for a centralized control of world populations, a mind control of world public opinion, the elimination of the middle class leaving only rulers and serfs, manufactured crises and perpetual wars, control of education to control the public mind and a global "welfare state where obedient slaves will be rewarded and non-conformists targeted for extermination."

What is troublesome about Estulin’s book, and many of the Bilderberg conspiracy theories introduced by various Internet writers, is that the very existence of an organization of people with this kind of power suggests that shadow forces are, indeed, controlling the events occurring in our world.

Every government body we covered in the United States over the years was forced to live by one powerful rule. That is: if a quorum of members is present in the same room, it constitutes the possibility of government action and the meeting must be open to the media, even if it is only a banquet.

That the Bilderbergs are getting away with total secrecy when they meet appears to violate these basic rules. Just holding these kinds of gatherings . . . even if done within the framework of seeking mutual solutions to world problems . . . generates public suspicion.

The Bilderberg Group is the first among the possibilities to consider as a "shadow government."