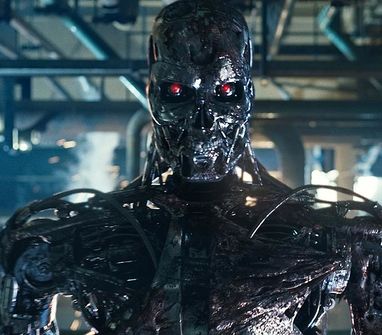 Among the concerns expressed by Professor Stephen Hawking is the rush by world military powers to build and design weaponized robots in what appears to be a “military artificial intelligence arms race.”
​
As the technology for androids; or robots that look, act and even think like humans improves, it is only natural that military people are thinking of building robotic armies. Why send real people into harm’s way when a robot can do the job for us? They already have developed robots that check suspicious packages for bombs.

Indeed, a super android soldier possessing super-human capabilities, that can fearlessly go into battle and overpower enemy encampments at the push of a button would be a super weapon for any military commander in the field.

The only problem is that once one army possesses such an artificially intelligent fighting machine, it is only going to be a matter of time before the opposing army has it as well. Suddenly we have robots fighting fierce battles with innocent civilians getting caught in the middle. And which army can expect to win such warfare? Imagine the complex problems this kind of warfare might create.

Followers of the popular "Dr. Who" British television series may have some understanding of what it would be like to have an artificially intelligent robotic army get out of control and attempt to take over the world. While the show takes the issue to ridiculous extremes, the problem of a future conflict between men and machines is a real concern among researchers in the field.

Some of the great thinkers of our time are concerned that android armies might, indeed, be in production soon. And they worry about the consequences.

This is why Hawking, Tesla’s Elon Musk, Apple’s Steven Wozniak, Google’s Demis Hassabis and more than 1,000 experts in research on artificial intelligence recently signed an open letter warning the world about weaponized robots.

The website Antimedia recently published the following excerpts from the letter:
“AI technology has reached a point where the deployment of [autonomous weapons] is – practically if not legally – feasible within years, not decades, and the stakes are high: autonomous weapons have been described as the third revolution in warfare, after gunpowder and nuclear arms.”

“The endpoint of this technological trajectory is obvious: autonomous weapons will become the Kalashnikovs of tomorrow. The key question for humanity today is whether to start a global AI arms race or to prevent it from starting.”

The letter notes that the present military technology in the hands of world governments is already a danger to the planet and all life on it. The concern is that the addition of artificial intelligence to the mix could quickly make the problem “significantly more threatening.”

The writers of the letter propose a United Nations ban on military artificial technology so this problem never comes to reality.

The thought is that a fearless robot that has no family at home to protect will not think twice about triggering a nuclear attack upon an enemy force to win a battle. The consequences of launching such an attack have prevented world leaders and military generals from using this ultimate weapon in numerous occasions. The very existence of nuclear bombs at the end of intercontinental ballistic missiles was why we lived through a global “Cold War.”

A military utilizing artificial intelligence might never consider a stand-off like a Cold War during the heat of battle, Hawking and his associates are saying.