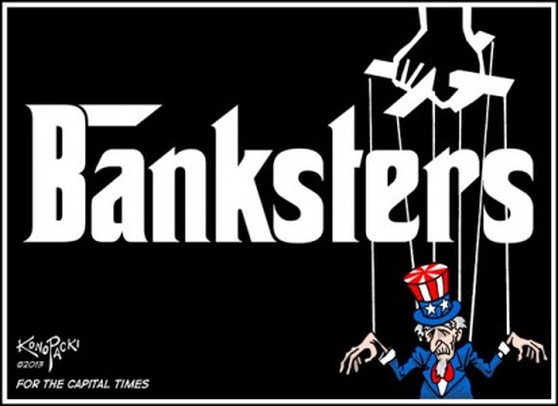 Humanity Is Under Attack – Defining The Enemy

Our food is injected with toxic chemicals, the pharmaceutical industry has goaded multitudes into buying and consuming pills that are attacking our bodies, we are ignoring all of the signs that our continued consumption of carbon fuels is heating our planet, and we have been brainwashed to submit to ongoing enslavement by employers and political leaders. What is wrong with this picture?

It is obvious that humanity made a wrong turn a few hundred years ago and we now are rushing headlong toward an obvious train wreck if we don’t get off the track we are on. How could this have happened? How do we put on the brakes and change course? And if there is blame to be had, how do we identify the culprits?

The problem has been with us for a very long time. For as far back as we can go in recorded history the majority of the human race has lived under a form of slavery. There were always kings, dictators and religious power figures sitting in ivory towers, forcing the commoners to spend their horrid lives in hard labor, all for the enrichment of those in charge. While the popes, bishops, kings and monarchs basked in great wealth and luxury, the commoners groveled at their feet, hoping to catch a crumb if by chance it fell from their plate.

There have been revolutions. The great American, French and Russian revolts in the Eighteenth Century brought change, but not necessarily for the better. Instead of raising humanity to a more equal footing, the wars led to changes in the way the enslavement was carried out. We rushed into the industrial age, the power figures built the factories, and the masses went to work in them.

In the United States, where the actual ownership of slaves and the question of the state’s rights to decide the slavery issue became the catalyst for the great Civil War, Americans were carefully brainwashed to believe we had solved the slavery issue once and for all. We taught our children on the public schools to believe the adage the America was the "land of the free," and we grew up believing that since we were all created equal, if we worked hard for our employer we had a chance for advancement and good lives.

The problem was then, and continues to remain that we have established a culture that requires us to work for an employer. That employer used to be a small family-owned business or industry that co-existed with the people who worked for it. But in recent years those small business have been purchased by outside corporate interests. Those corporations began swallowing one another until almost everything is now owned by a few massive conglomerates that control the manufacture of everything we use, including the food on our table. Those conglomerates have corporate boards and Chief Operating Officers (CEOs) managing their affairs, but they are owned by stockholders who control the flow of the money, determine where the factories they own will conduct their business, who gets to work for them and even the working conditions they must endure.

Because world governments have consolidated to form world trade agreements, the conglomerates now operate freely anyplace in the world they choose.

Suddenly humanity finds itself back where it all began. Everybody is struggling to survive in an uncompromising world controlled by the few people who control the wealth and power. We are still enslaved by this complex system. We still grovel at the feet of the kings, hoping against hope to catch a few of the crumbs that perchance fall from their plates.

There is a grass-roots revolutionary movement occurring. It is going on in just about every corner of the world, but because of the corporate controlled media, we only catch a brief mention of the rioting, the marches, the fighting and the attempts by the common people to overthrow dictatorial and controlling governments. Most of these movements are bloody because those in power are using sophisticated weaponry and their wealth to fight back against antique handguns, swords and pitchforks.

Those people in government positions may only be the tip of the iceberg in this power struggle, however. While they are the visible images of power, they appear to all be supported by secret, power figures hiding behind the curtain. The real controlling force is hiding within world money markets, power banking systems and secret organizations like the Jesuits, The Vatican, The Bank of England and other institutions, all comprised of key figures that control the course of the world.

So if there are secret forces busy pulling the strings of governments, banks and industry, why is the world falling into such disrepair, and why are we suffering from the poisoning of our environment, our food and being thrown into such extreme poverty through no fault of our own? Is there a secret plan afoot here to kill off the human race? If the capitalistic system we have grown accustomed to goes into collapse and our world no longer exists as we knew it, will not the people in charge suffer from the change along with the rest of us? If the world heats to unbearable levels and we go extinct, will they not perish with the rest of us?

There appears to be one of three programs in operation from behind the scenes. Either we have all been so subjected to greed that we just haven’t cared about the things that really matter, there is a concerted effort to save the planet via a dramatic reduction of the population or the wild theory that we have all been under the control of alien forces is true. Whichever the reality, we are involved in a dangerous game that appears to be driving us all on a painful path to extinction.

The hope, if any is to be found, lies in the youth. They have a difficult task ahead of them of saving us all from an insanity that has dominated our thinking for centuries.