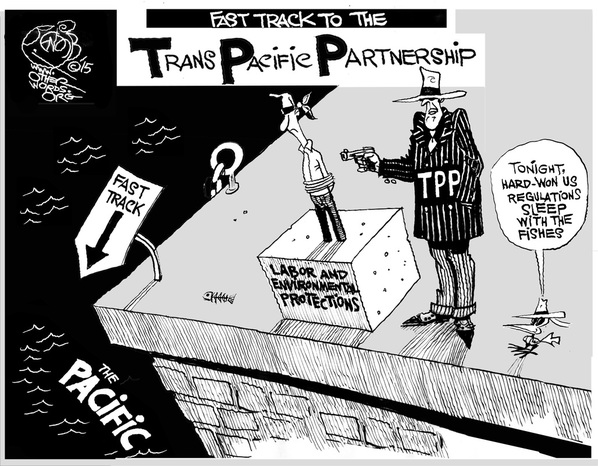 As if we are living on a giant chessboard, the pieces have been silently moved into place without many of us realizing that the queen is about to fall. The shadow rulers of the world appear about to make their final move. Once it happens, and it will probably occur unexpectedly, the world as we have known it will be changed forever.

Here are a few of the key signs that should be alarming us.

The sudden passage of the Patriot Act and declaration of the Bush "War on Terror" following the 9-11 attacks made it possible for "authorities" in high places to peek into our private lives. They read our e-mail, examine our bank accounts, look at our medical records, tap into our telephone and Skype conversations and even use sophisticated devices to listen to our private conversations from behind the walls; all in the name of protecting us from would-be terrorist attacks. But isn't it just a front for a make-believe threat? Could it not be a paranoid government worried about a possible public rebellion?

There have been massive expenditures of money for continued build-up of the U.S. military even though this nation already has the most powerful and sophisticated military that has ever existed. A lot of this money has been funneled by way of Homeland Security grants and even "free" military equipment through the Department of Defense into state and local police departments. We are seeing more and more police officers appearing in black, full-bodied military dress and armed with powerful weaponry designed more for war than for public protection.

In addition to being apparently equipped for mass crowd control, our police officers are acting more aggressively than ever before. Incidents of beatings and shootings of unarmed and benign civilians are appearing in the news almost daily all over the country. Many of the attacks appear racial in nature. There has been a growing "us-and-them" sense between the police and the general populous.

There has been an almost secret war between corporate employers and labor unions occurring at state levels just about everywhere. Conservative state lawmakers are passing "right-to-work" laws that prohibit unions from forcing workers to pay union dues. This in turn is weakening and dismantling the labor unions that have been protecting workers, negotiating for safer working conditions and better wages for the past 70 years. Major industrial plants have been moved overseas in search of non-union workers willing to assemble and package the products we purchase for much less than U.S. workers demand.

A little-known force against American labor unions has been the American Legislative Exchange Council (ALEC) which also seeks an end to state and federal laws establishing wages for public construction projects. Employers are now getting away with filling vacant positions with so-called "part-time" or "contract" workers who do not receive benefits like paid vacations, health insurance and sick pay. Workers can be fired without cause. Minimum wage laws also are on the firing line in many areas.

A recent report by Jody Knauss, senior analyst at Center for Media and Democracy, stated: "Since many state contracting laws encourage or require public authorities to select the low bidder, prevailing wage laws are an essential backstop in preventing a public contracting ‘race to the bottom.’ Prevailing wage laws do not prevent non-union companies from bidding on public contracts or in any way favor unionized companies over non-union ones."

With cheaper, untrained and non-union and non-apprenticed workers building the nation’s roads, bridges, sewer and water systems and public buildings, the danger of shoddy workmanship is a growing issue. We know of entire highway projects that have had to be replaced within a year or two because they did not survive a winter freeze and heavy truck traffic.

We noticed a story in Truthout website that the World Bank was holding its sixteenth annual "Conference on Land and Poverty" in Washington, D.C. in March. While this was going on, hundreds of civil organizations were busy denouncing the World Bank’s role in global land seizures.

So why have these two forces come to loggerheads? It seems the World Bank represents over 40 percent of the corporate wealth of just 147 companies; most of them centered in the western part of the world. Thus the rules involving the control of the land and distribution of wealth are "rigged in favor of a tiny elite."

What is happening is that the World Bank is involved in things like "public-private partnerships" with third-world countries to build public works projects like roads, dams and other costly projects, supposedly under the guise of helping those countries go through a transition to progress. But what is occurring is that the projects are leading to land grabs and the mass displacement of tens of thousands of people and a transition to corporate agriculture and a destruction of local jobs and culture.

The bank and its employees strangely view what is happening as progress and development. But it is being done at the expense of the poor natives and for the financial benefit of the big corporations that get involved. It is thus a subtle and undercover way by which the wealthy few are seizing land, property and resources all over the world.

It appears that the United States and 11 other nations are rushing into a new international trade agreement known as the Trans Pacific Partnership (TPP) that has been kept carefully under wraps now for months. Congress recently granted President Barack Obama "fast track" authority to move quickly into this and a similar agreement with the European Union. Mr. Obama now appears to have the power to enter into the deals without giving Congress time to review them or make changes.

Now that information about the TPP is revealed, the critics are coming out of the woodwork. They note that the treaties will cover almost three quarters of the global economy and slice away existing U.S. controls on food safety. It opens the door for food imports from world nations with much lower safety standards than exist in the United States. And this is a blueprint for big trouble.

Other critics have noted that TPP will mean another big loss in labor for U.S. workers, and there are provisions in the agreement that prevent litigation between participating countries in the event of spoiled or damaged imports. There are no rules for labeling of food imports, thus it would be impossible to determine the origin of disease outbreaks or if the food is genetically modified.

TPP is a thick document that covers just about every aspect of global business, including the Internet and copyright laws protecting written, photographed and video material. It appears designed to change and perhaps even destroy the Internet as the information exchange tool now being enjoyed by most of the world.
​
These are only a few of the known issues linked to TPP. We can only hope Mr. Obama is not rushing into a "deal" the nation does not need or want to have to deal with.