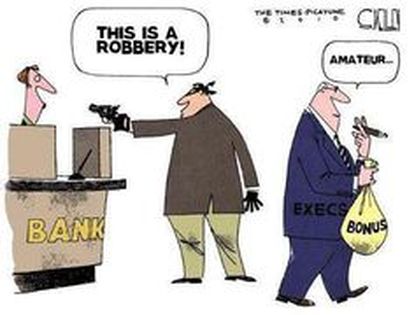 I am sure by now a lot of people in the United States are getting really sick and tired of all the propaganda, promotional mail, e-mails and telephone calls concerning our national health insurance. As a senior citizen on Medicare I am especially getting blasted because I carry a supplemental insurance that claims to cover the things Medicare does not cover, like medical co-payments and the cost of prescription drugs.

The paperwork on my desk, just from the mail I received from health insurance firms, is overwhelming. I stopped reading it months ago. Dealing with that mess is worse than doing income tax.

Let’s not even think about dental insurance. Nobody has that anymore and it is only useful to folks who can pay the thousands of dollars that dental insurance doesn’t cover. We let our teeth rot in our heads or try to pull the really bad ones out with pliers.

I am convinced that President Obama had a good insurance program in mind when he first introduced his proposed health program early in his administration; just like Bill Clinton did when he was in office. Of course the Republicans made sure everything got so botched up that the insurance companies came out getting even richer than they already were. Things are very confusing now for everybody. Nobody knows exactly what to do. All we know is that just making a doctor visit is going to cost us some money. If we need pills….we better have some extra cash on hand or we aren’t going to eat this month.

This medical insurance scam is just the latest rip-off slamming the public. I have not forgotten the great auto scam of the 1970s. I was a young Michigan driver in those days and I remember that auto insurance on my car was relatively cheap. I didn’t earn a lot of money in those days but had no problem paying for car insurance. And we had the option of not buying car insurance at all.

I remembered talking to one older gentleman who said he had no use for car insurance. He drove an old car and said he didn’t worry about being sued if he was in an accident because he didn’t have any money and didn’t own anything of much value. He thought I was foolish for buying the insurance I did.

Then the Michigan legislature passed the no-fault insurance law. Like just about every legislative rip-off conceived by the crooks in state and federal government, the name of the new law made it sound good. As it turned out, of course, no-fault insurance didn’t take the blame for accidents away from anybody. What it did was force every auto owner to carry insurance, have proof of insurance in the car at all times, and get fined for not having insurance if a police officer caught us driving around without that little piece of paper.

The insurance lobby argued that forcing every driver to buy automobile insurance would level the playing field and assure less costly insurance for everybody. Instead of the cost of insurance going down, however, the price went through the roof. Once the insurance companies had us by the scrotum, they raised the price and we were forced to pay up or park our cars. It was a terrible rip-off. We were forced to pay a high price for worthless insurance and we couldn’t do anything about it.

I discovered that the cost of insurance on older vehicles was lower than insurance on new cars, so I rebelled by never buying another new car. I bought whatever vehicle I could afford, never borrowed from the bank to buy a vehicle, and carried nothing more than basic liability insurance. If everybody had done that I think we would have solved that problem overnight. But the sheeple went along with the scam and are still pouring too much money into the pockets of the insurance con-men.

A few years ago we had our home in Michigan severely vandalized while my wife and I were visiting our daughters in California. We spent a year fighting with Auto Owners Insurance Company to get them to pay for the damage. The insurance “adjuster” insisted that the damage was caused by our own efforts to fix up our older house and that the water damage to the walls, ceilings and floors was caused by a leaking roof rather than vandals leaving faucets running on the upper floors. We were forced to live in rental facilities for over a year and pay thousands of dollars in legal fees before getting a settlement of nearly $10,000 from the insurance company. That didn’t begin to cover all of the damage.

This month I was double stung by Twenty-First Century Insurance on my car insurance. They take an automatic payment each month from my bank account. This month they took two payments. I am now overdrawn; the bank is charging $35 for every overdrawn payment taken from the account, which is a severe dilemma for a senior living on a fixed income. The insurance representative I talked to insisted that I owed the money and said a refund was not possible. I saw it as a case of larceny. To be fair, after further telephone conversations, my daughter made contact with someone who actually looked at my account, recognized the error and approved a refund.

I am not sure I would recommend Twenty-First Century car insurance. They do not appear to know what they are doing.

I do not recommend Auto Owners Insurance either. You will pay a lot and then fight like hell if you ever have a claim.

The catch to all of this is that if you have a mortgage on your home or a lien on your car, the bank will force you to buy insurance so good luck. I doubt if there are any honest insurance companies out there. I may be wrong and seriously hope that I am.
​
I think there is some justice in the fact that the nation is being ravaged by severe storms, floods and fires. The insurance companies deserve everything that is happening to them. I notice a lot of news reports about people going to court in efforts to collect on their policies. Why am I not surprised?