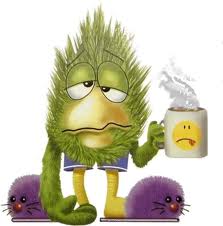 Today marks yet another mental adjustment to a seasonal switch on and off of daylight savings time. It is an exercise in personal torture for people all over the United States who must force their bodies to shift their inner clocks by an hour.

We all know the drill. In the spring we “spring forward,” which means we turn our clocks ahead late on Saturday, and give ourselves one day, Sunday, to try to adjust to the loss of an hour of time in our lives. That is supposed to make it easier when the alarm clock goes off on Monday morning and we crawl out of our beds for whatever routine we have established for our lives.

In the fall we “fall back.”  I preferred the autumn time switch because it gave us that lost hour back. But the body clock didn’t seem to like this switch any more than it did the spring change. It always takes me weeks to get adjusted and I have a difficult time being aware of the time of day in which I am operating. In my youth "sleeping-in" was always a treat. But as I have aged, I don't use alarm clocks anymore. I just wake up at certain times of the day; usually at 5 a.m.

The concept of Daylight Savings Time was dreamed up years ago as a way to save energy. It was believed that by adjusting activities to best utilize natural sunlight, we used less energy in our homes. But tests have shown this is not true. We still turn on our bathroom lights and draw water heated by electric or gas water heaters to take showers, we use electric shavers, electric hair driers, make our food on electric or gas appliances and kick on our electric televisions to get the morning news like always. There is no energy savings whatsoever.

During the war years the excuse was to keep the nation's cities darkened during the dark hours, thus making it harder for enemies to bomb us. But we always lived with thick black window blinds, blackened street lights and even "shades" over the headlights on our cars. We lived in daily fear of bombs that never fell.

I think the real reason for daylight savings time is to give rich guys who like to play golf or tennis more afternoon time to participate in outdoor leisure activities, and do it earlier in the spring and later in the fall. There has been an argument that children get more time in the sun because of the time changes, so they have better health. But statistics show it makes little difference. Most kids spend their free time playing computer games and texting friends. Those are usually indoor activities.

I remember that when the idea was being proposed by legislators back in the 1960s, Michigan residents petitioned to put the issue on the ballot. They voted it down handily. The majority of the people did not like the idea of being tortured twice a year by time changes. But in the end the state legislators voted to do it anyway “on an experimental basis.” It was no experiment. Daylight Savings Time became permanent for almost everybody.

When my wife and I had our adventures in Arizona, and lived for a while with a Navajo medicine man and his wife on the reservation, we were delighted to discover that the Navajo technically have their own nation spanning large portions of the adjoining states of Arizona, New Mexico, Colorado and Utah. Because of this arrangement, and because they legally occupy their own country, the Navajo people did not have to comply with the laws established for the rest of the United States. And they were smart enough to reject the whole concept of Daylight Savings Time.

While we lived on the reservation, the clocks remained the same all year. Nobody ever had to change them. Once we moved off the reservation, however, we found that the rest of the State of Arizona was suffering under Daylight Savings Time.

I have never been able to understand why people in most of North America, Europe, the Middle East, Chile, Brazil and Greenland accepted that twice-a-year torture without a fight. It has crossed my mind that the whole thing was a successful experiment in mass mind control. It obviously worked. We have all gone along with this silliness twice each year like cattle being led to slaughter.

I thought when I retired and no longer had to roll out of bed and go off to work, the time change would have less effect on my life. But this has not proven to be the case. Our life cycles are affected by everything the rest of the world around us is doing. If I try to rebel and not change the clocks (which I am doing again today our of spite), I find myself out of synch.

And it is amazing how many clocks we have in the house. There are at least four wall clocks, a bedroom alarm clock, a computer clock (which thankfully adjusts itself), a microwave and kitchen stove clock, and a clock in the car. I am sure I have forgotten something. Because of all the work involved in adjusting clocks to these silly time changes, I not only refuse to change them, I ignore them. My daughter usually changes the wall clocks when she notices they are wrong.

Unless we can be satisfied with being a hermit and living in isolation from the rest of society, it appears that we just have to accept those damned time shifts.